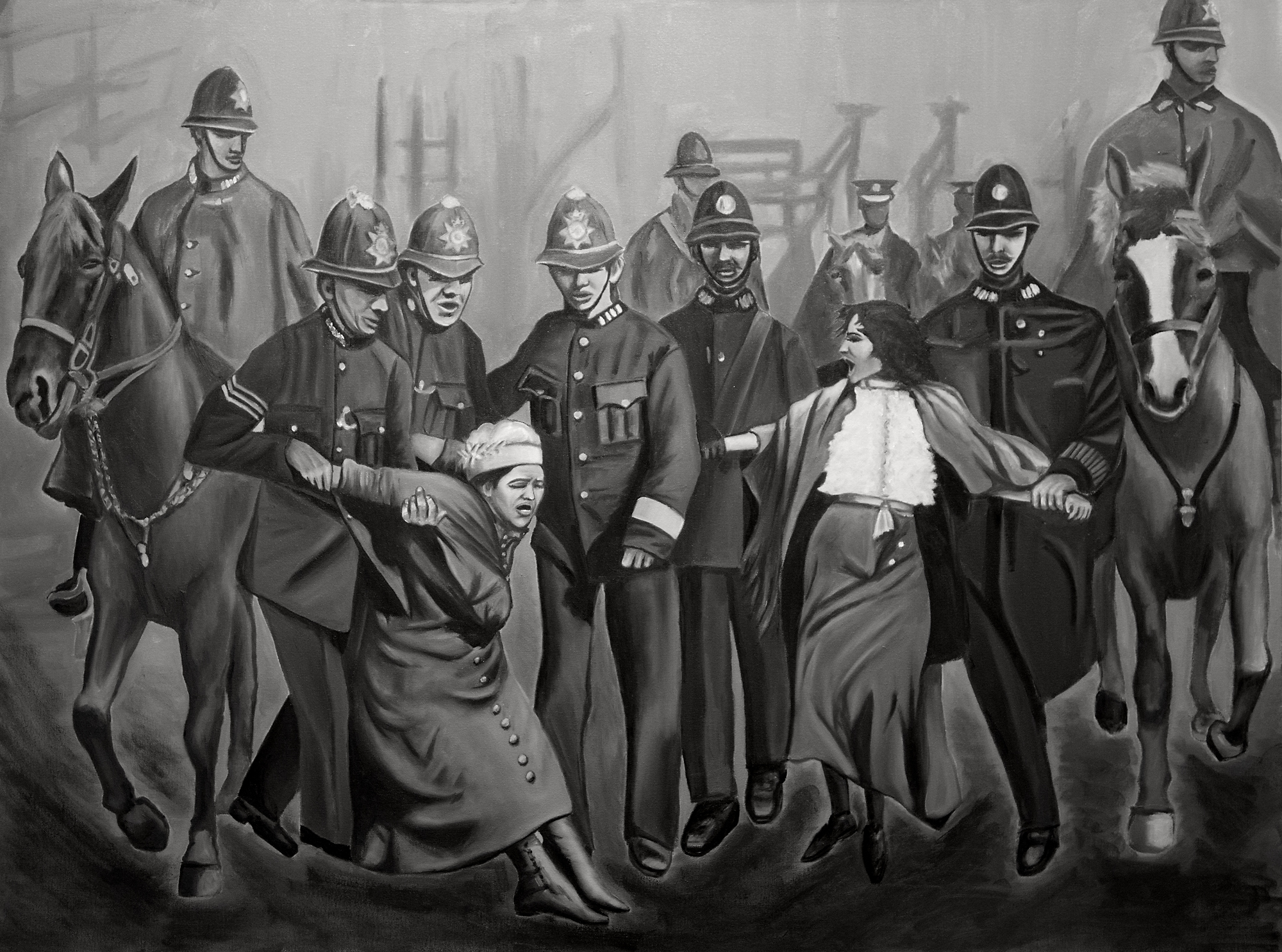 Indira Cesarine - "Arrested for Equality, An Ode to The Suffragettes" - Inspired by over 1000 Suffragettes arrested in their fight for suffrage. 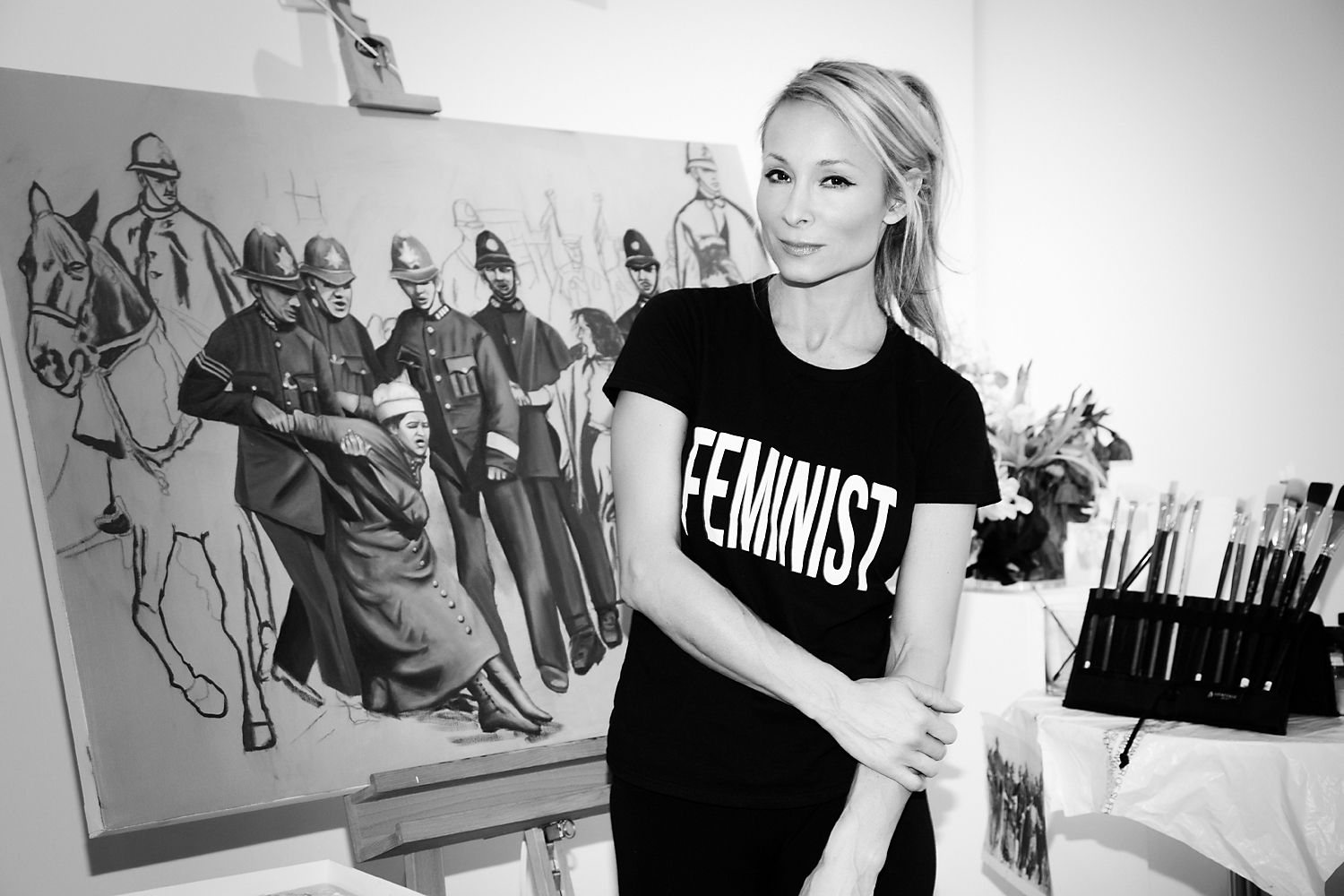 INDIRA CESARINE - with painting in progress "Arrested for Equality - An Ode To The Suffragettes" 2017. 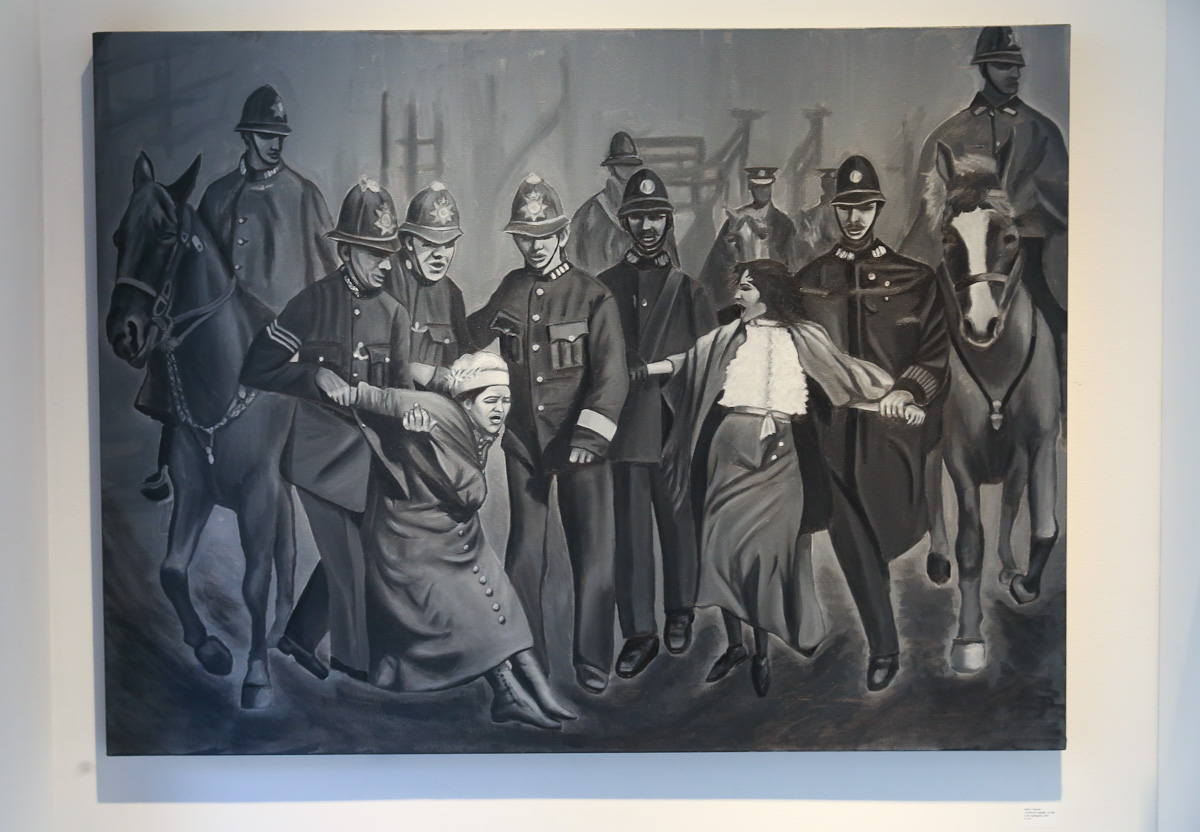 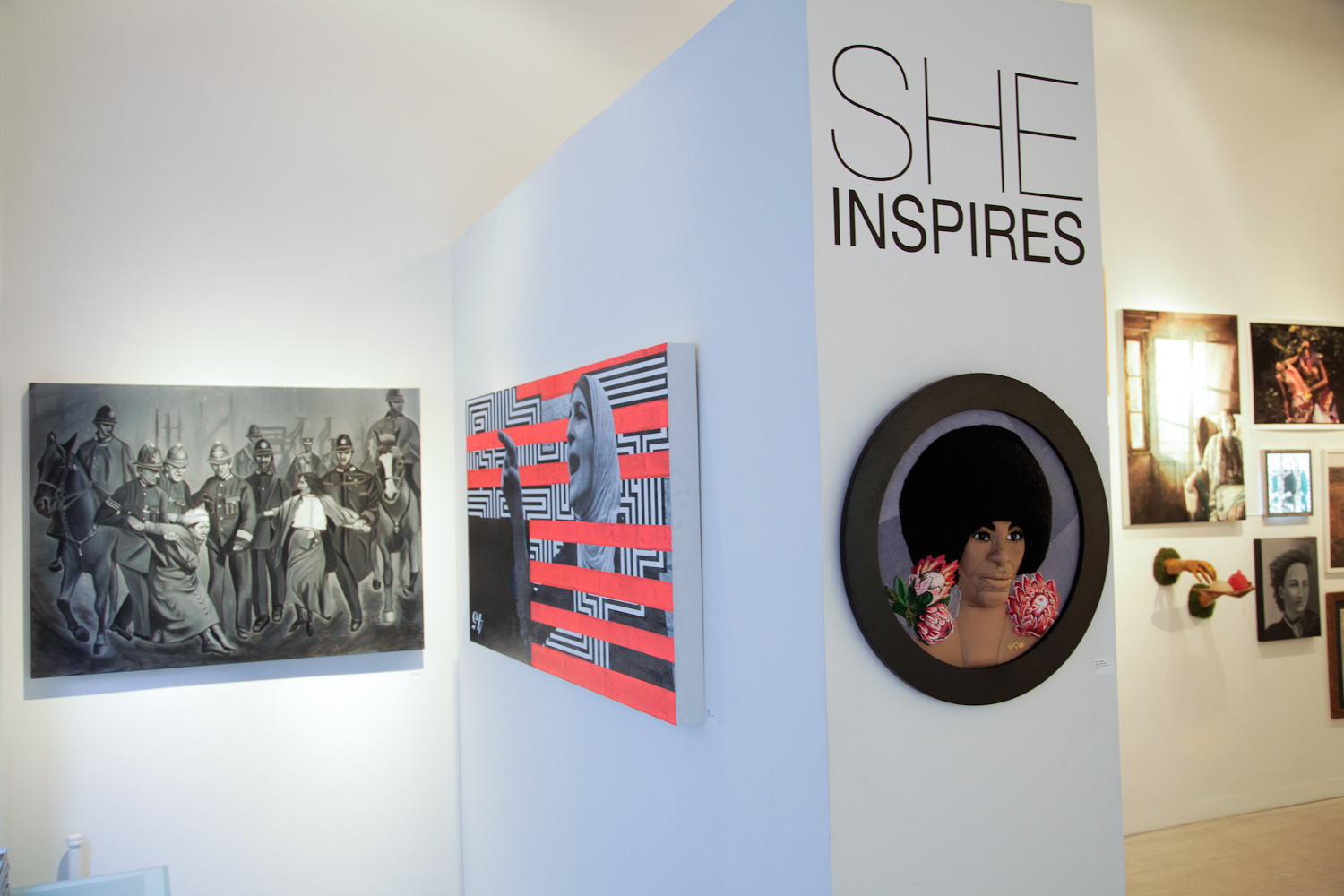 “ARRESTED FOR EQUALITY: AN ODE TO THE SUFFRAGETTES” PAINTING

“Arrested for Equality: An Ode to the Suffragettes”, 2017 is an oil painting by Indira Cesarine inspired by the more than 1000 Suffragettes who were arrested while fighting for suffrage. From 1848 until 1920 in the US and 1928 in the UK, hundreds of thousands of women petitioned, canvassed, lobbied, demonstrated, went to jail, and engaged in hunger strikes in their political and social struggle for the right to vote. The painting “Arrested for Equality” draws from historical references of Suffragettes in the act of being arrested. Many of the images of these scenes depict numerous police manhandling the women with extreme force. The suffrage movement and the sacrifices of these women is part of our history that is important to honor. The painting was also inspired by the influence of the English counterparts of the movement, such as Emmeline Pankhurst, who greatly influenced the American Suffragists. The English influence on the suffrage movement is highly documented, and many historians consider that when the British and American movements came together they created an Anglo-American pattern for Suffrage activism that had international influence in many countries with women finally gaining the vote in many countries around the world.