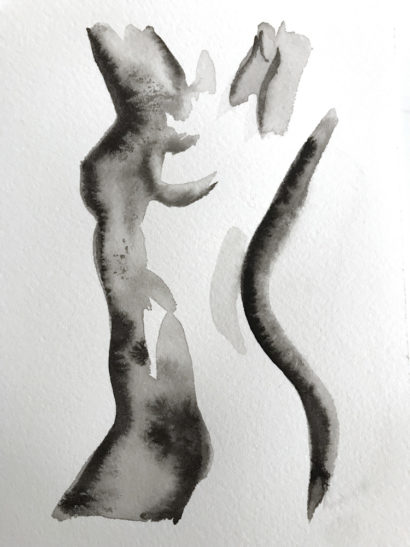 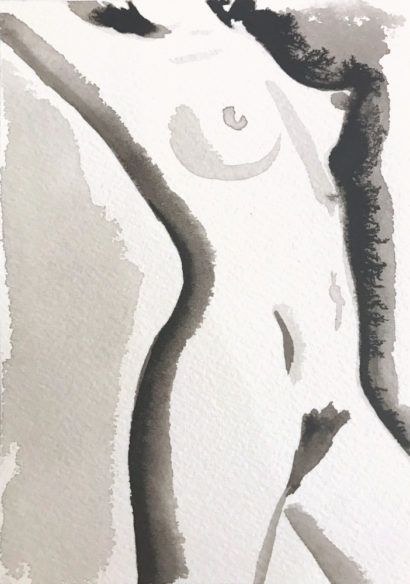 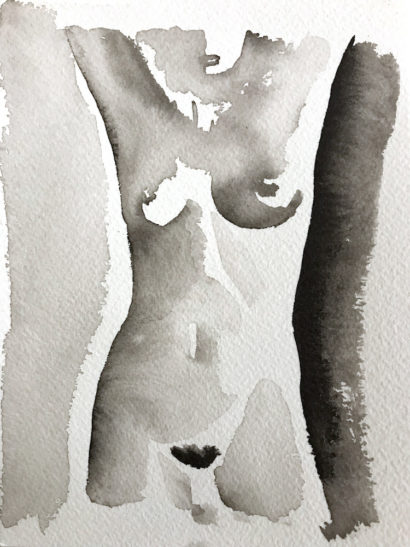 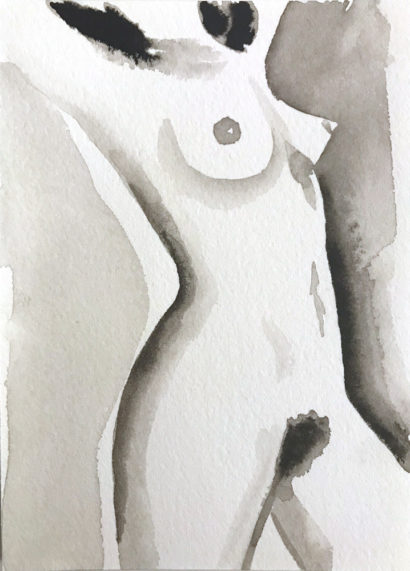 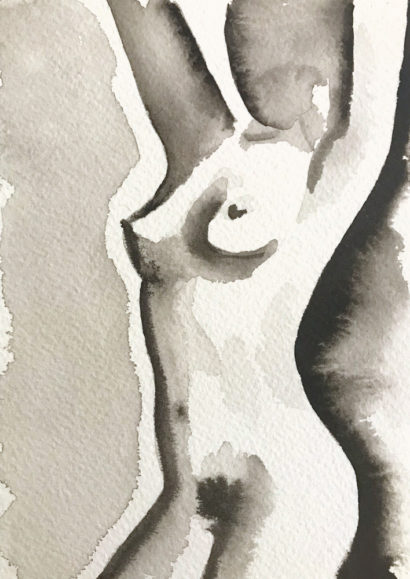 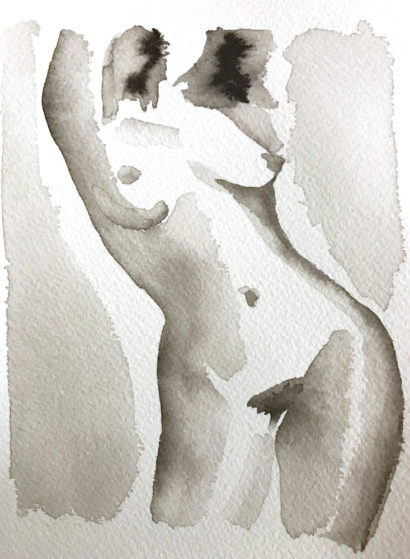 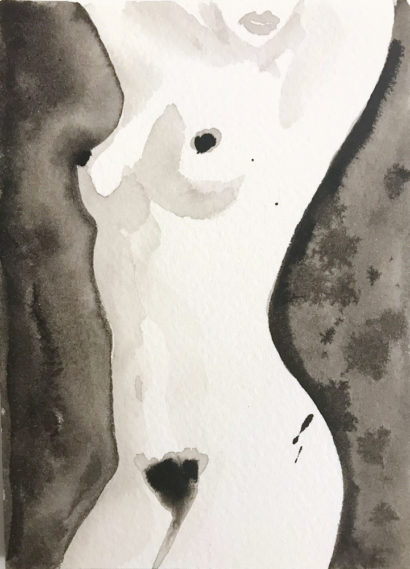 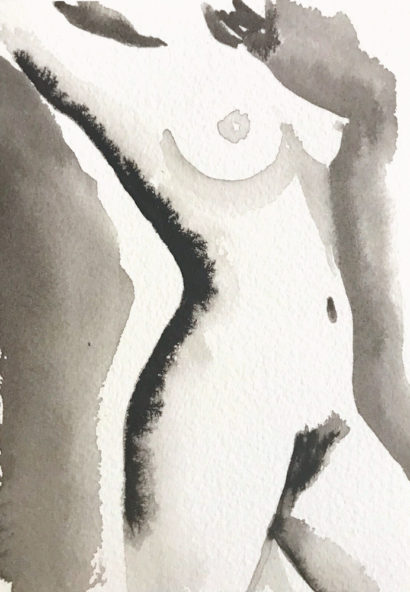 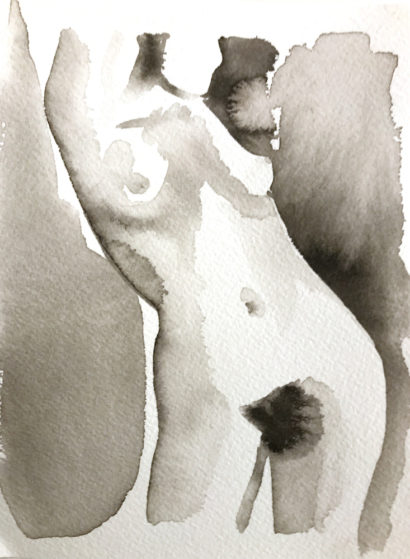 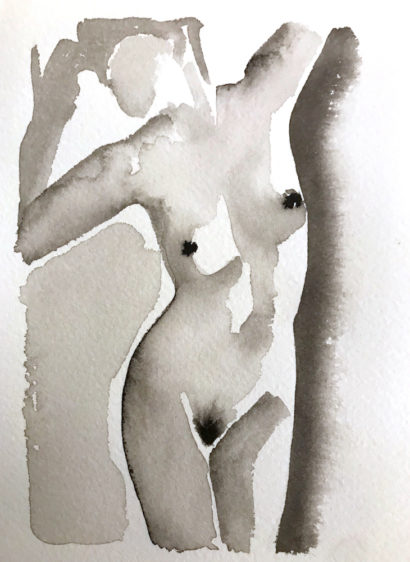 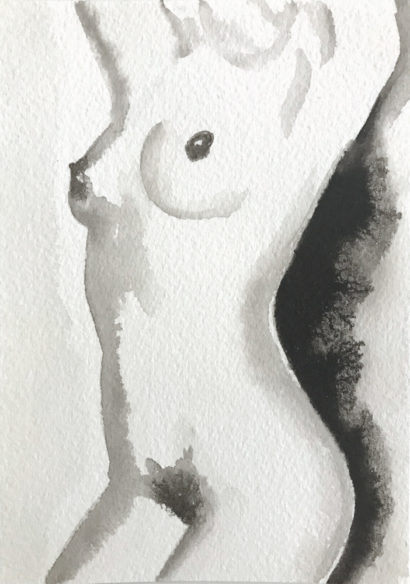 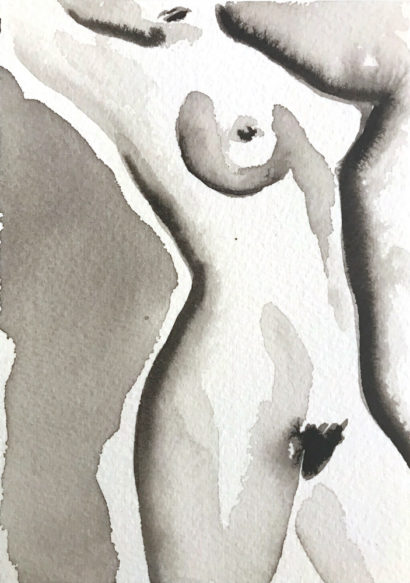 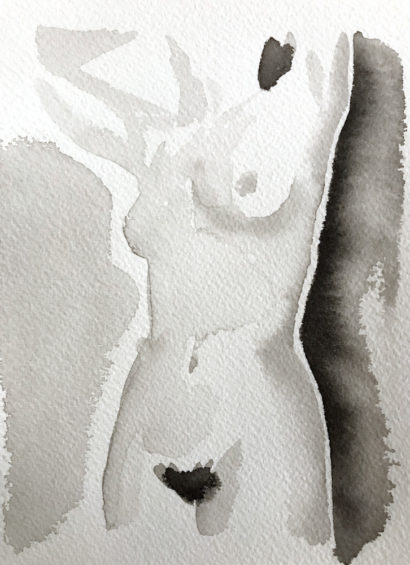 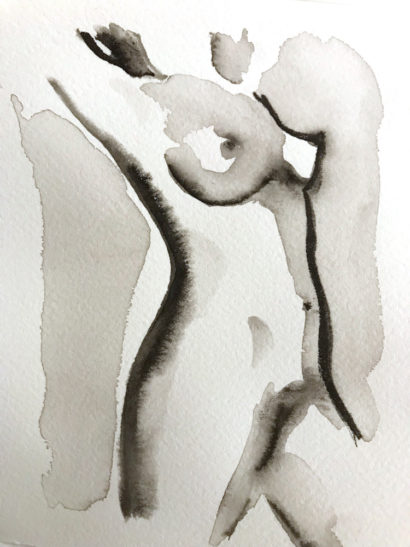 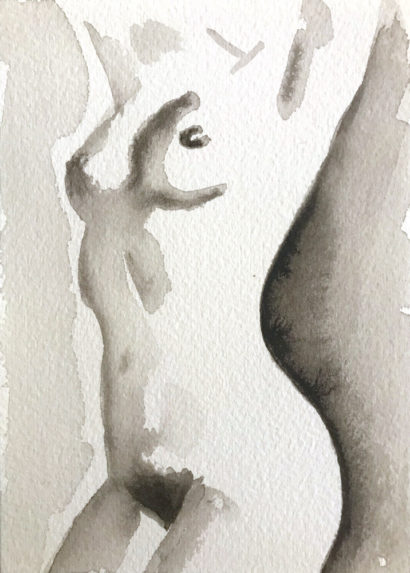 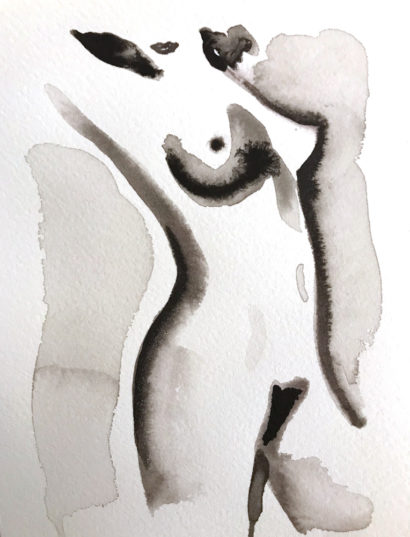 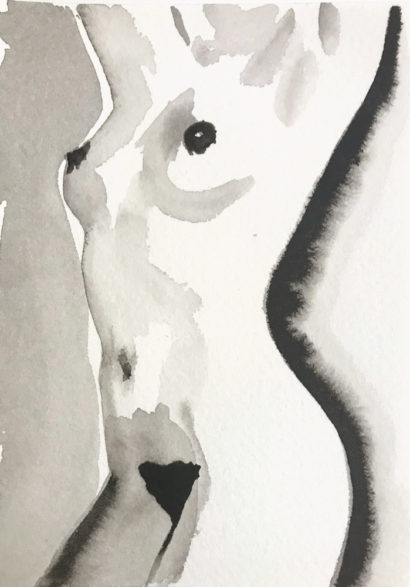 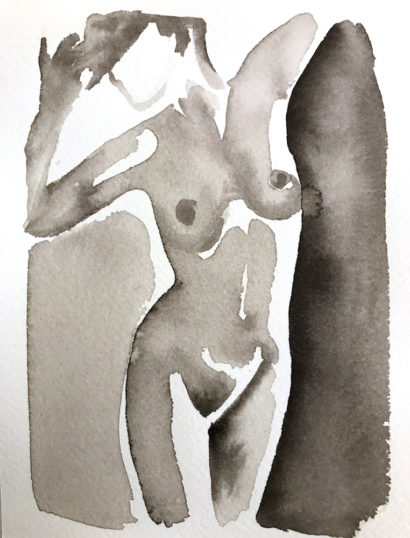 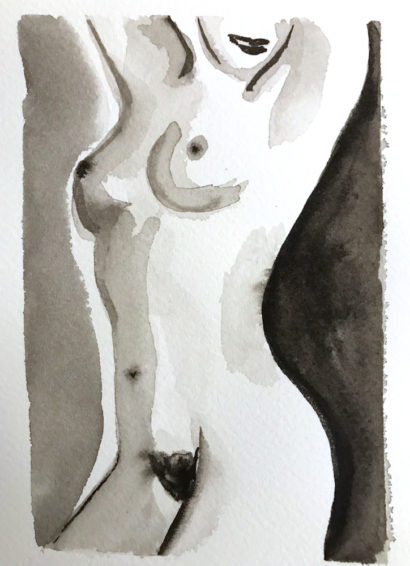 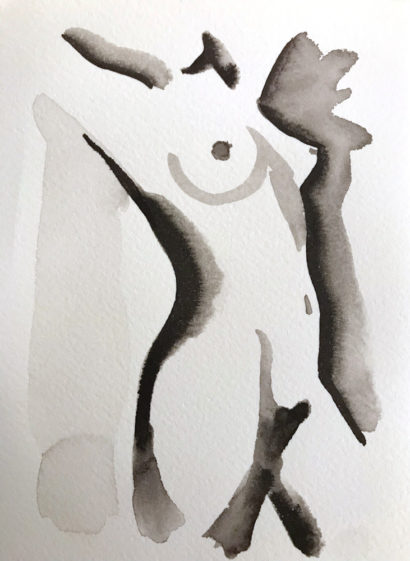 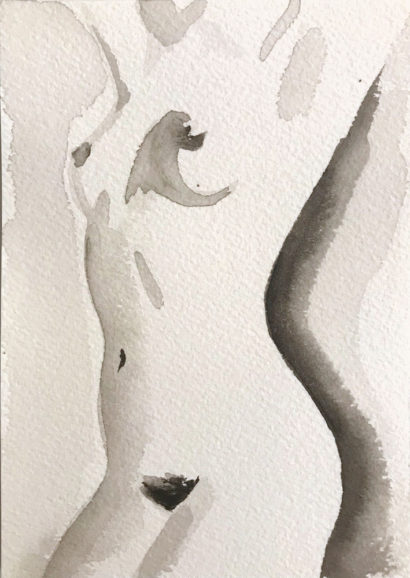 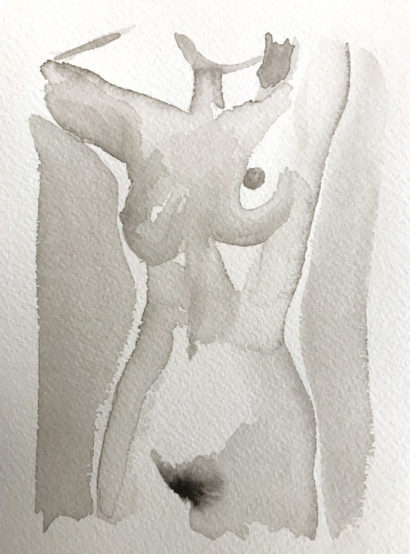 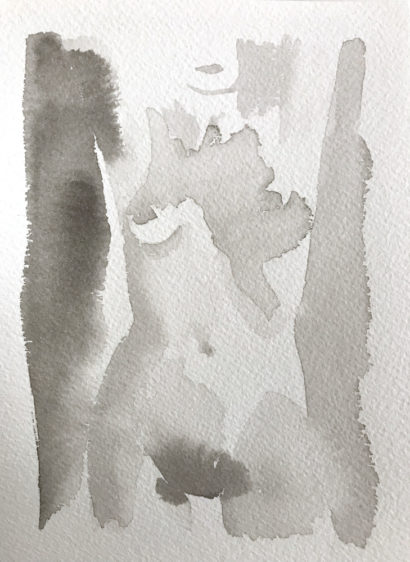 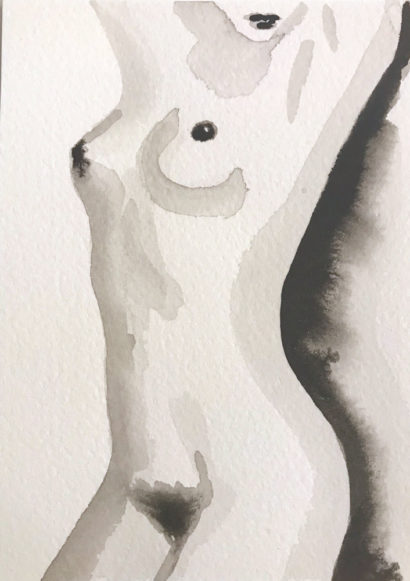 This series of India Ink on paper, created in 2018 by Indira Cesarine, is inspired by images of Bettie Page dancing, focusing on the movement of her torso. Several of the works were featured in Art on a Postcard’s Secret Auction 2018 in London, benefitting The Hepatitis C Trust. Bettie Page, the American who became famous in the 1950s’s for her decadent and uninhibited modeling was known as the “Queen of Pinups.” Her extroverted free spirit was a source of inspiration for this series.  She had a remarkable sense of liberation for the era, having been quoted as saying, “I never thought [nude modeling] was shameful. I felt normal…” She felt that nudity was sanctioned by God, having stated, “God approves of nudity. Adam and Eve in the Garden of Eden, they were naked as jaybirds.” Additional exhibitions include “EDEN” @ Spring/Break Art Show 2019 and “The Female Gaze On Love, Lust & Longing” at Superfine Art Fair 2019.