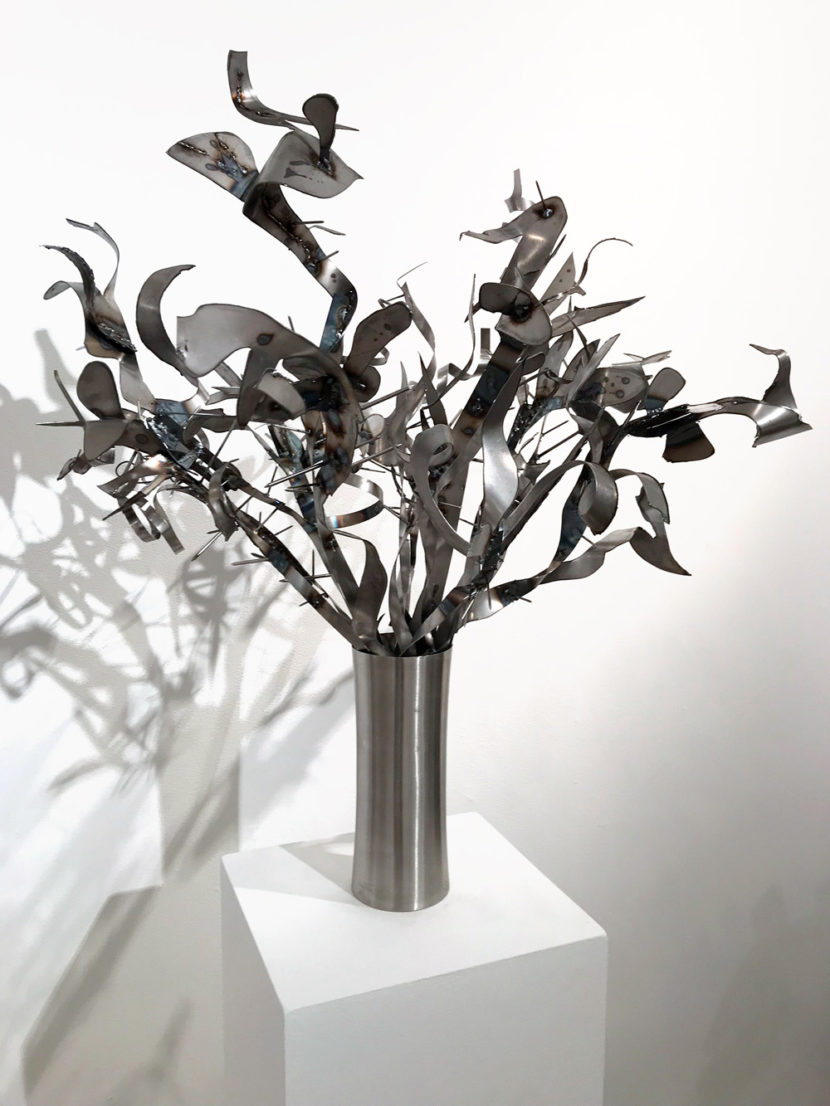 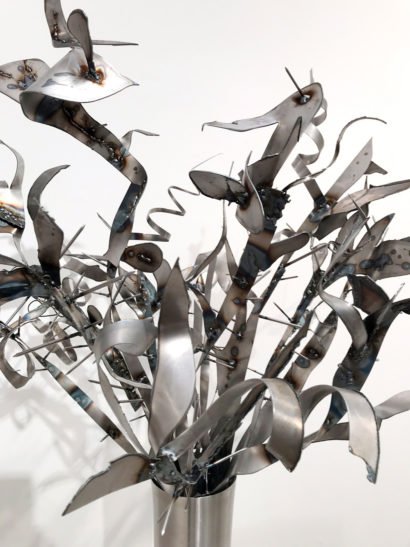 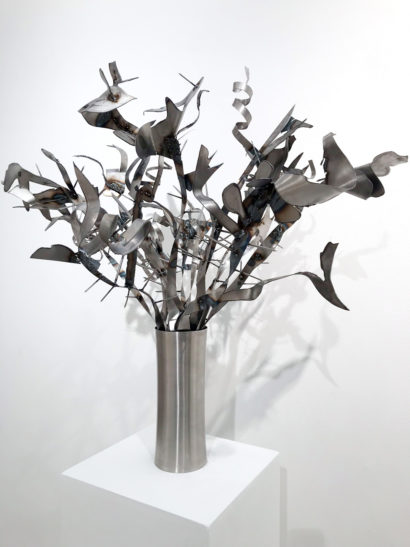 Plasma cut, hand welded steel sculptures, created between 2017 – 2018 by Indira Cesarine. “Les Fleurs du Mal” series includes works “Bouquet of Torment”, “Les Fleurs du Mal” and “Fleur” and is an ongoing series reflecting on the emotional impact and symbolism of flowers, and the conflicted messages of flower bouquets, which are often given as a tokens of forgiveness, love, death, sorrow, or hope. Throughout history, flowers have been ripe with symbolism, with each blossom or arrangement having different meanings. They have also historically been a symbol of female sexuality and genitalia. The depiction of flowers, whether as a still life. as part of a photographic composition, or in the form of a 3 dimensional sculpture, has been an ongoing theme in Cesarine’s artwork, dating back to her early photography series shot on medium format film in the 90s.