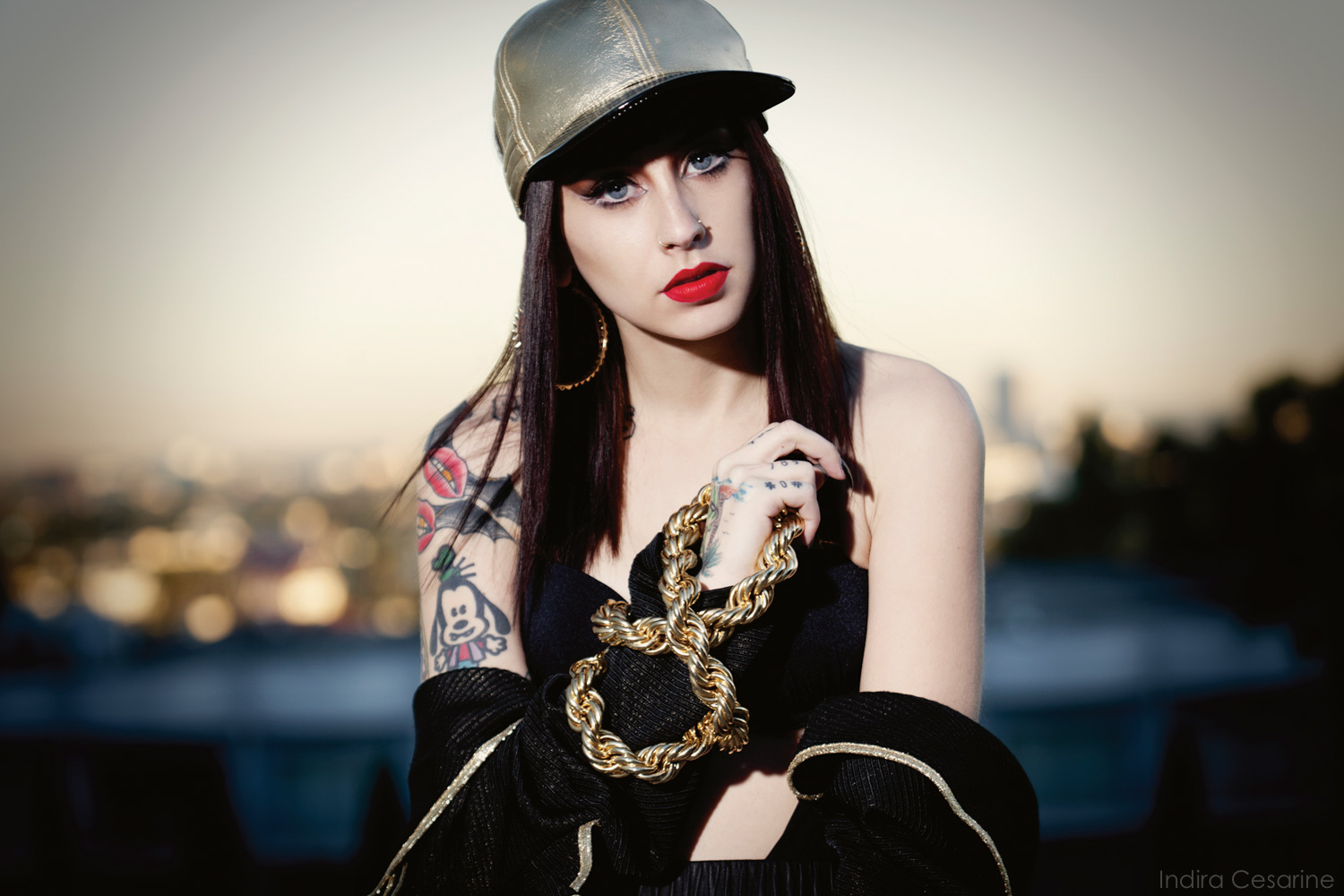 Musician Kreayshawn photographed by Indira Cesarine for The Untitled Magazine.

Kreayshawn, is an American rapper, singer, and music video director from Oakland, California. In 2011, while serving as a member of a rap group with her friends, she released the music video to her debut single, “Gucci Gucci”, to viral success.

Read the exclusive interview by Indira Cesarine and Kreayshawn featured in the magazine:
KREAYSHAWN’S EXCLUSIVE INTERVIEW WITH THE UNTITLED MAGAZINE