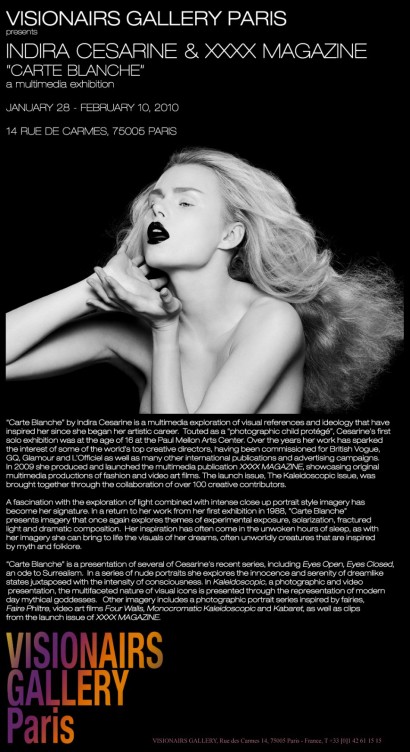 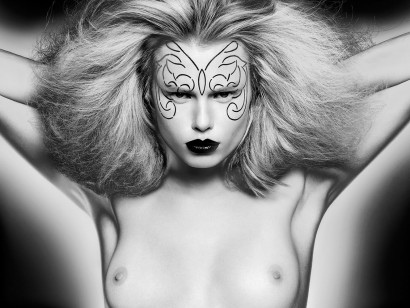 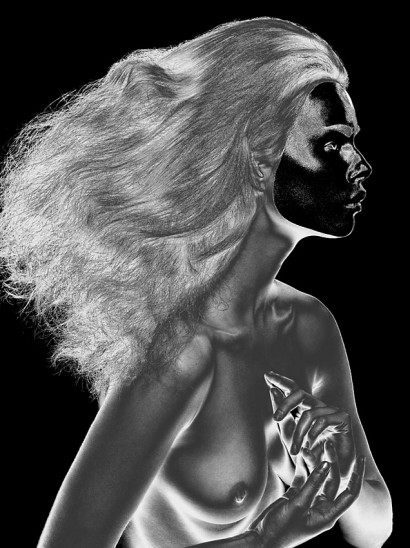 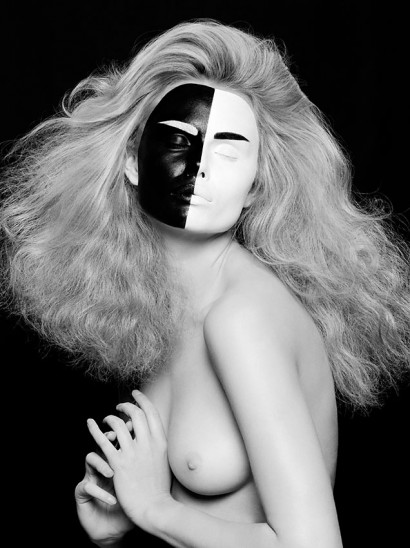 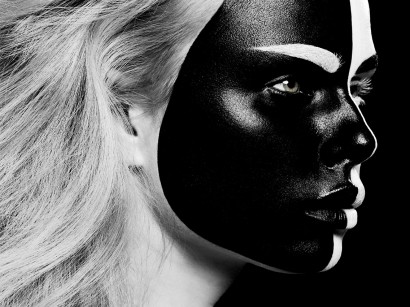 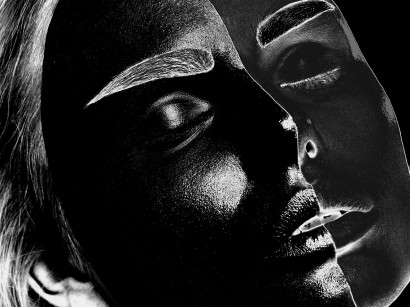 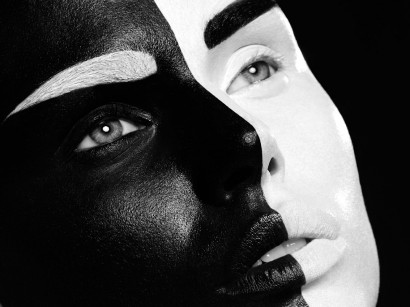 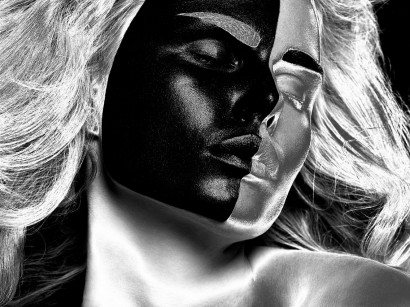 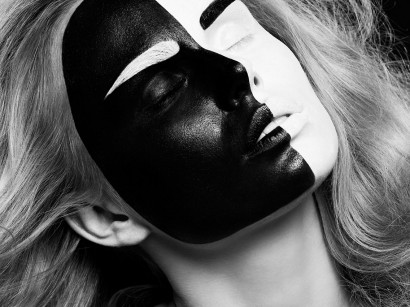 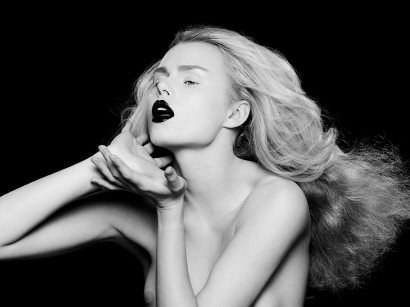 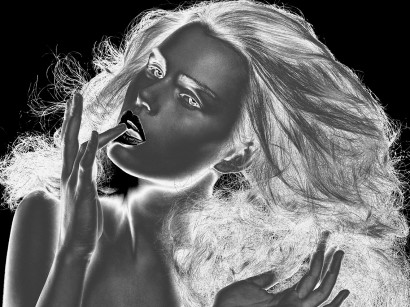 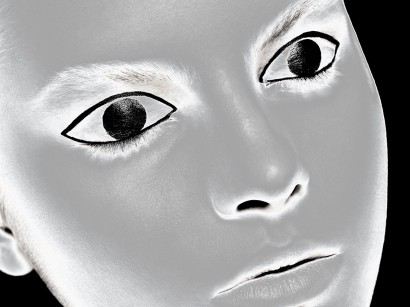 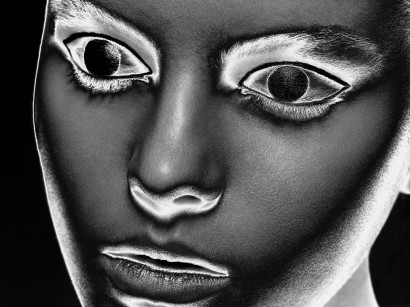 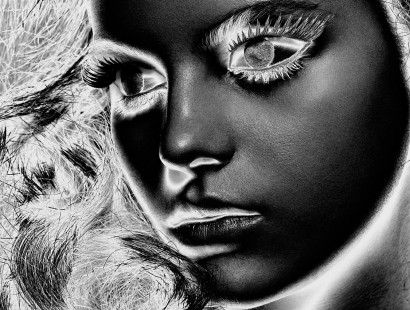 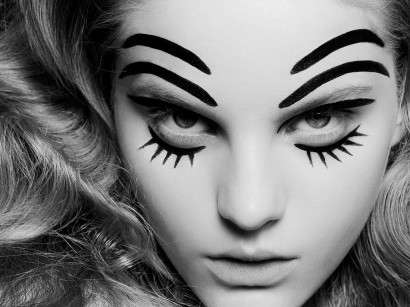 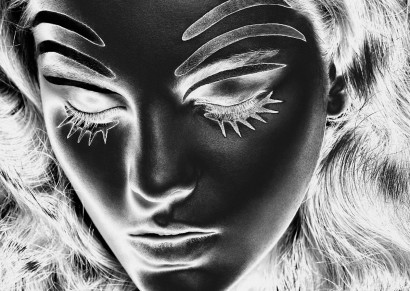 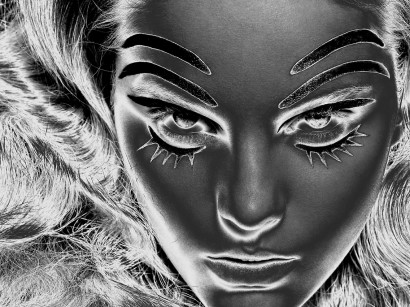 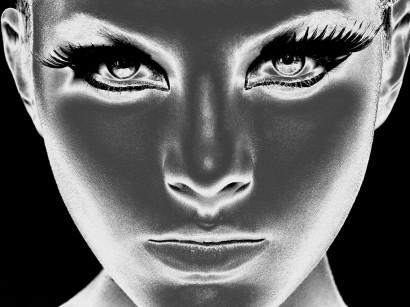 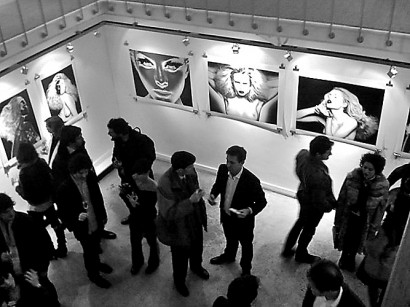 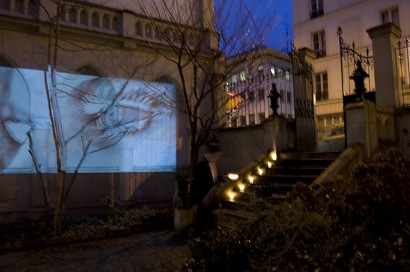 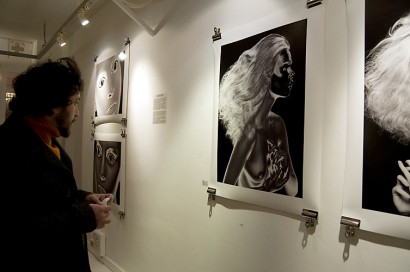 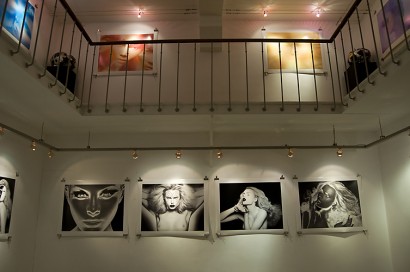 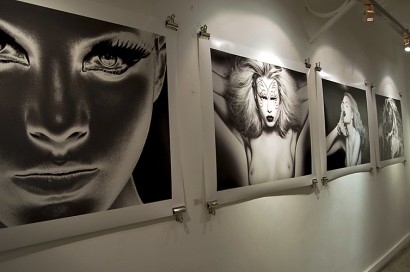 “Carte Blanche” by Indira Cesarine is a multimedia exploration of visual references and ideology that have inspired her since she began her artistic career.  Touted as a “photographic child prodigy”, Cesarine’s first solo exhibition was at the age of 16 at the Paul Mellon Arts Center. A fascination with the exploration of light combined with intense close up portrait style imagery has become her signature. In a return to her work from her first exhibition in 1988, “Carte Blanche” presents imagery that once again explores themes of experimental exposure, solarization, fractured light and dramatic composition.  Her inspiration has often come in the unwoken hours of sleep, as with her imagery she can bring to life the visuals of her dreams, often unworldly creatures that are inspired by myth and folklore.

“Carte Blanche” is a presentation of several of Cesarine’s series, including Eyes Open, Eyes Closed, an ode to Surrealism. In a series of nude portraits she explores the innocence and serenity of dreamlike states juxtaposed with the intensity of consciousness. In Kaleidoscopic, a photographic and video presentation, the multifaceted nature of visual icons is presented through the representation of modern day mythical goddesses. Other imagery includes a photographic portrait series inspired by fairies, Faire Philtre, video art films Four Walls, Monocromatic Kaleidoscopic and Kabaret, as well as clips from the launch issue of XXXX MAGAZINE.

Her film THE SPELL, directed in collaboration with Phantasmic TV, also premiered at the exhibit. It was projected outside the gallery as well as on interior screens juxtaposed against the photographic images used in the film, the “Eyes Open, Eyes Closed” series.