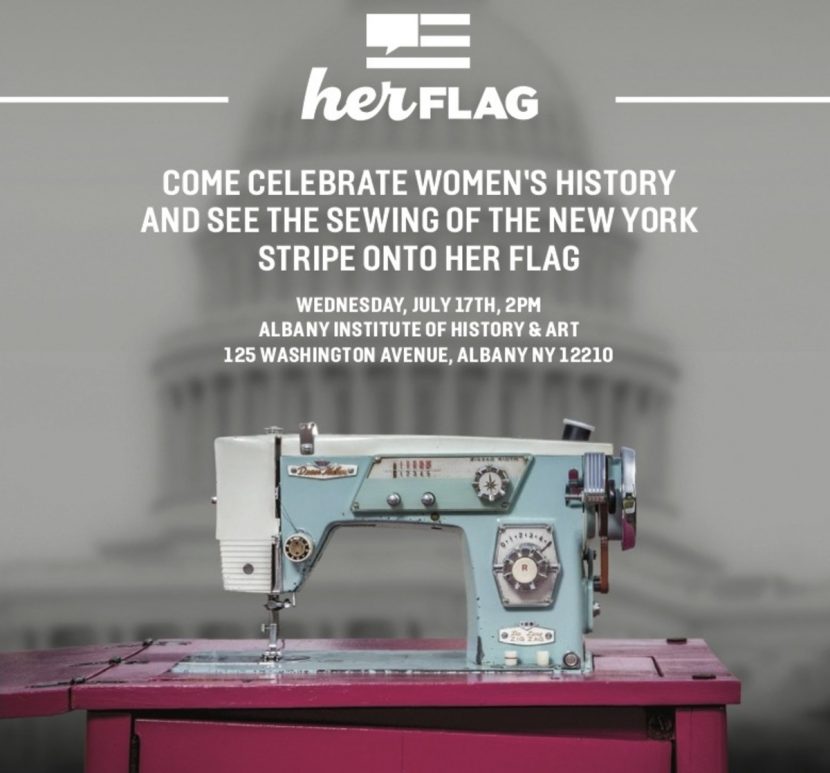 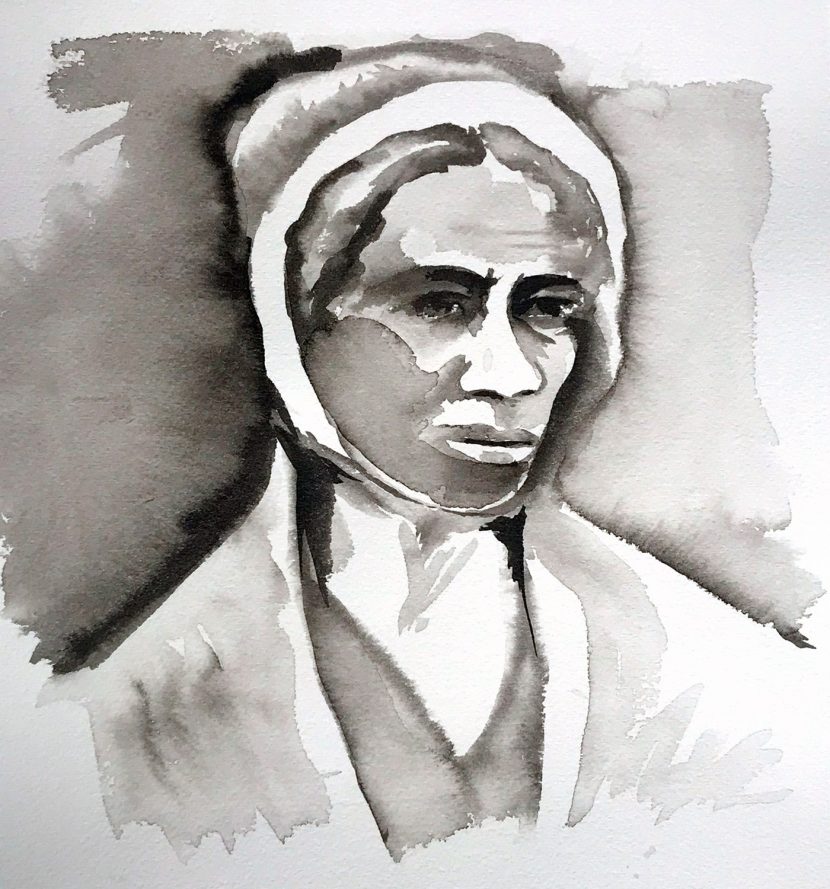 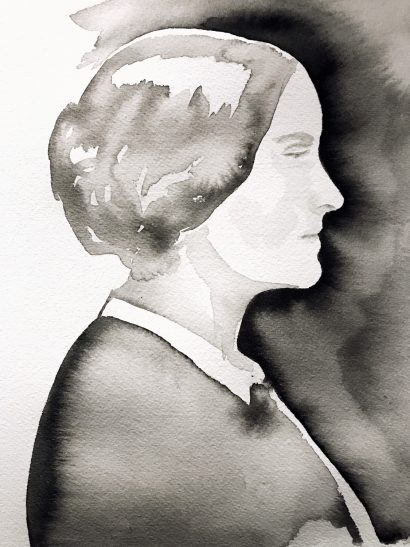 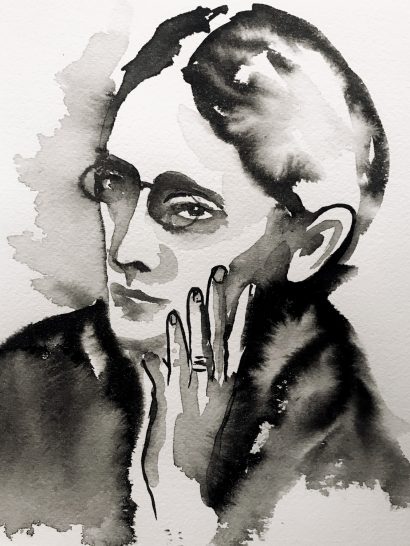 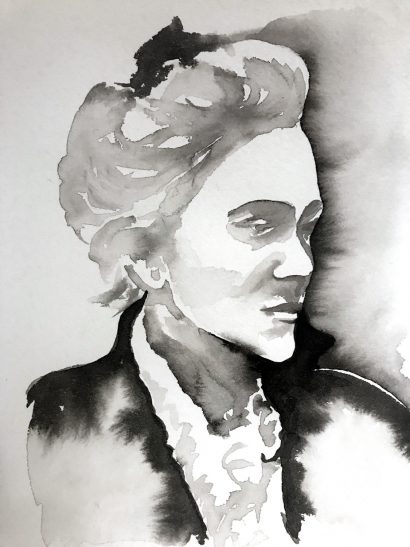 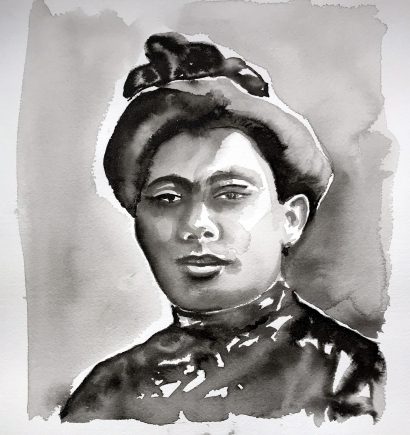 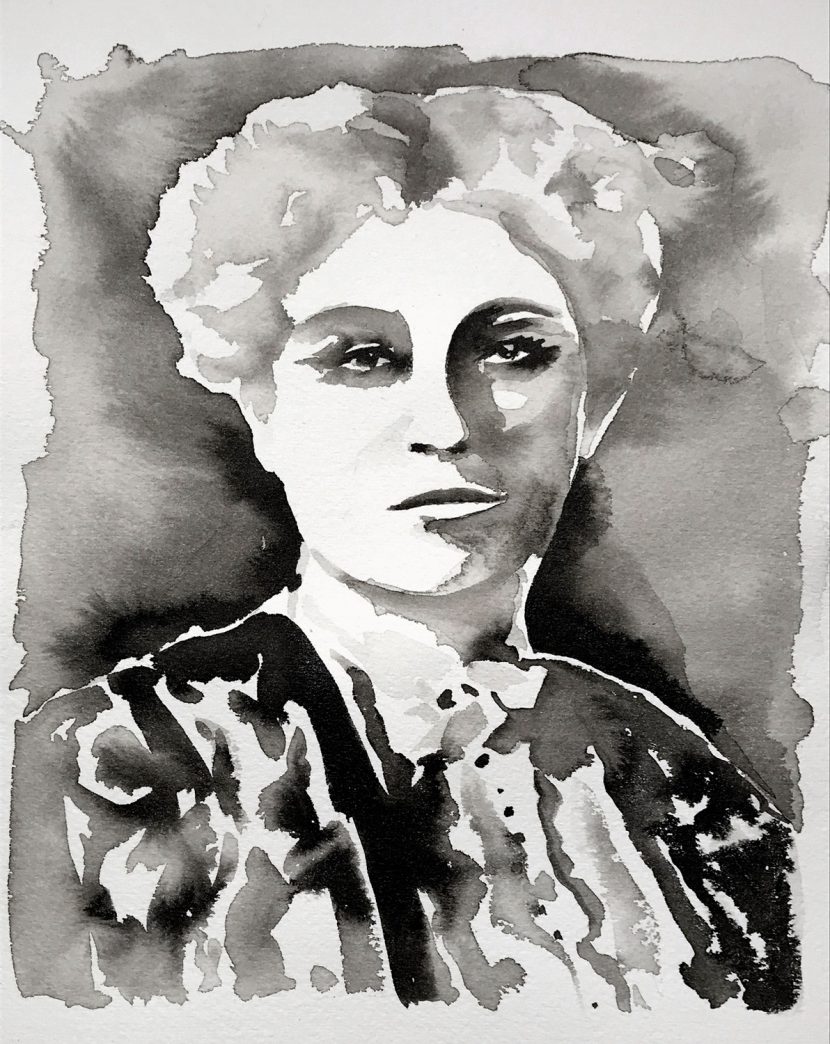 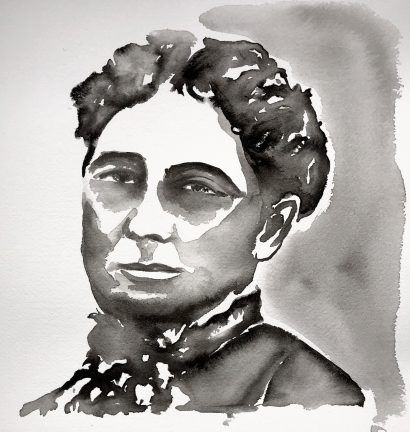 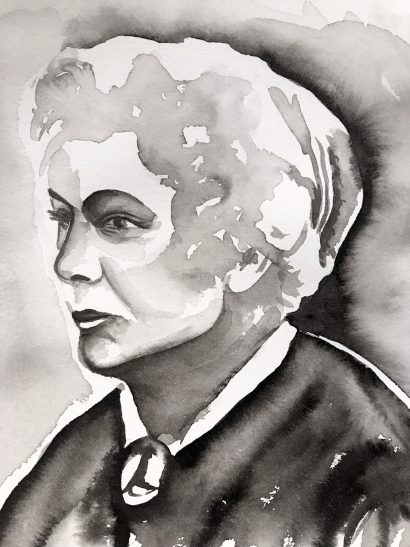 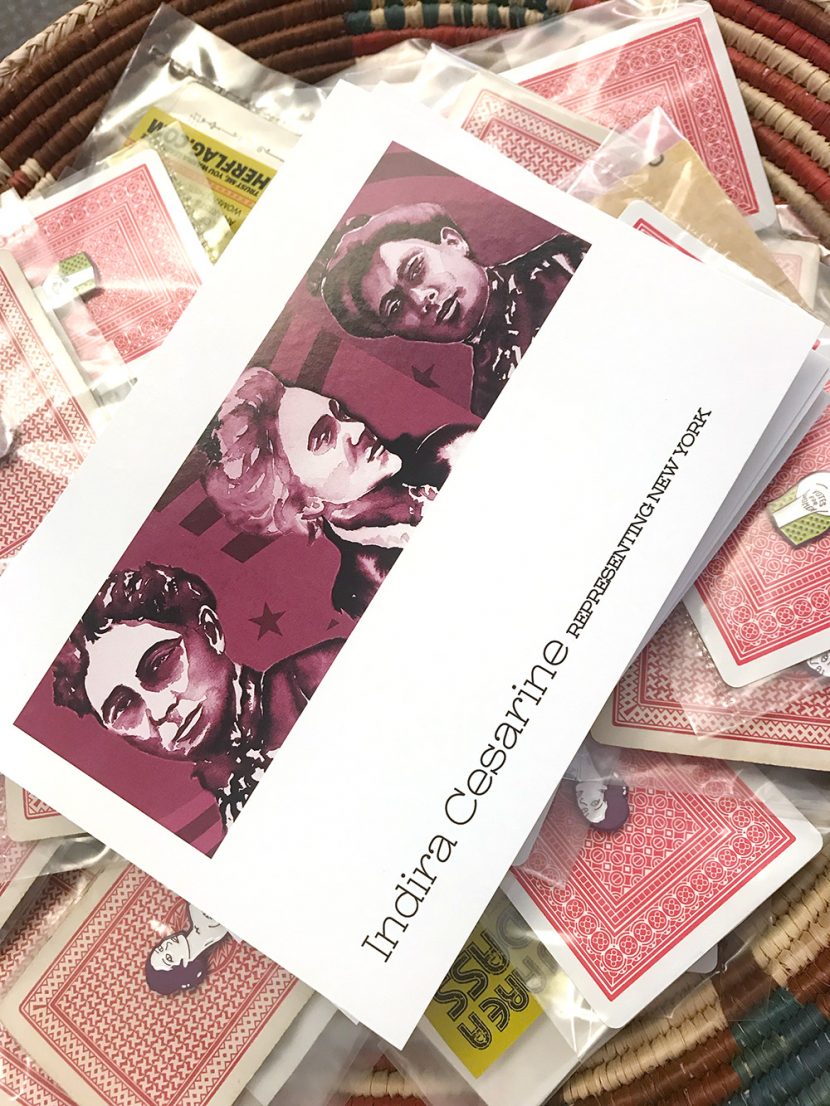 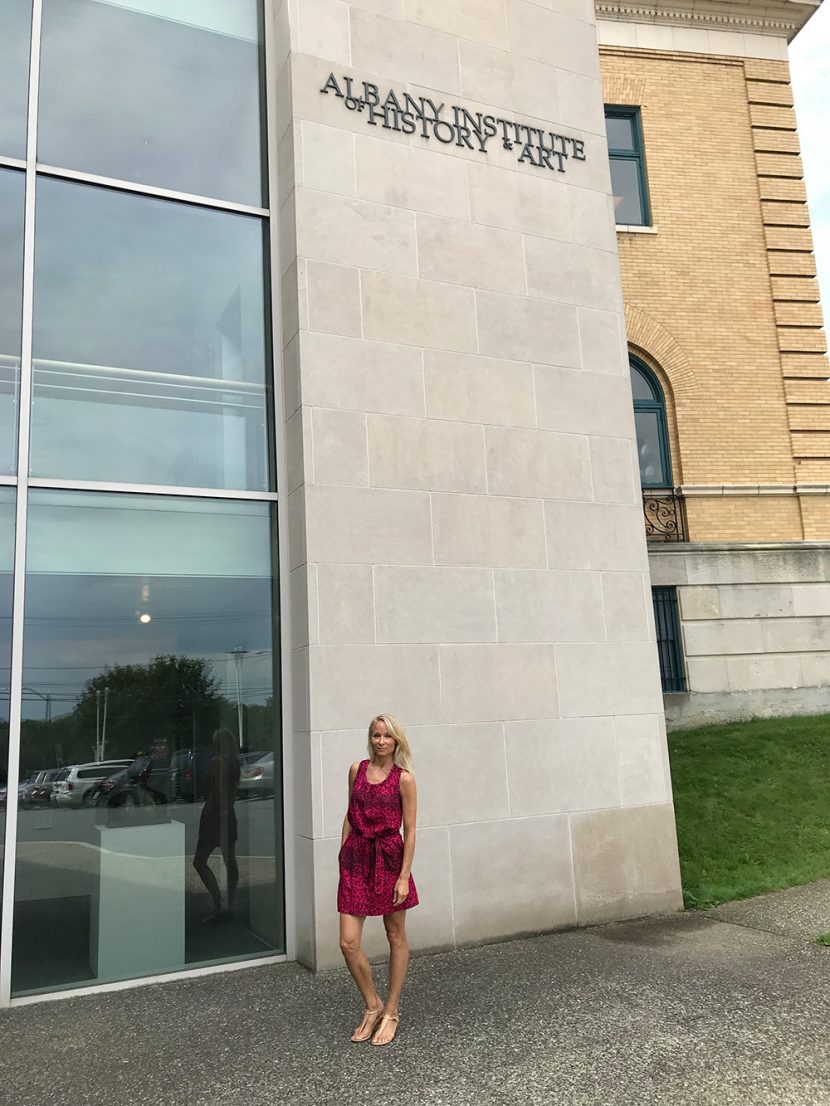 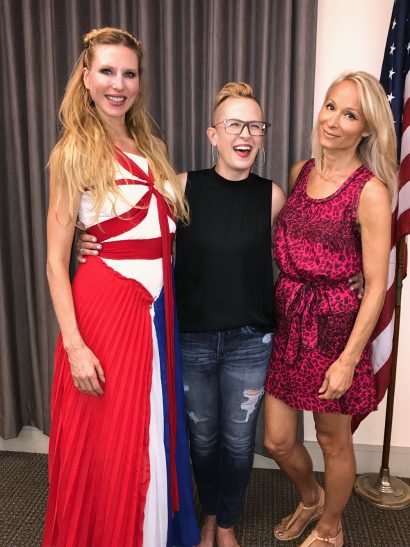 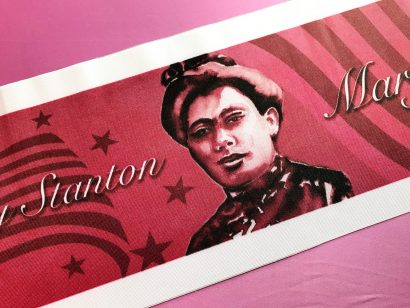 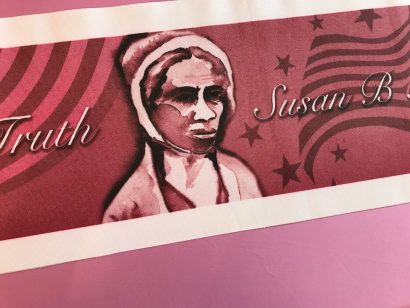 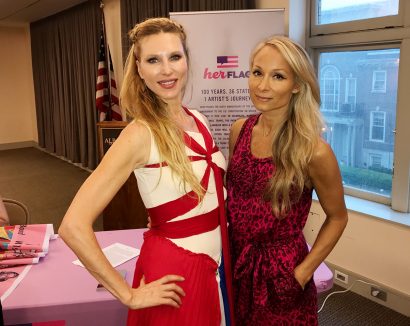 “HER FLAG” AT THE ALBANY INSTITUTE OF HISTORY & ART MUSEUM

HER FLAG
Event + performance for New York State with Marilyn Artus, Indira Cesarine and Katherine Crockett along with The League of Women Voters of Albany County New York
July 17th, 2019

“I am truly honored to represent New York state for the nationwide HERFLAG 2020 project. For the New York stripe, I painted 8 portraits of women suffragists from the state that most influenced the 19th Amendment being ratified, including Susan B Anthony, Elizabeth Cady Stanton, and Sojourner Truth. It is inspiring to be a part of such a historical project that recognizes the work of women who paved the way for equal rights. I have always been influenced by women’s history and it was great to participate in a project that aligned so closely with my own artistic vision.” – artist Indira Cesarine on her artwork for HER FLAG

In celebration of the 100th anniversary of 19th Amendment to take place in 2020, “HER FLAG” is an art project encompassing 36 states/stripes on a U.S. flag by 36 female artists to honor the women who fought for the right to vote. When Her Flag is completed in August of 2020, it will be a 36 stripe flag (with each stripe by a different artist), and one for each of the ratifying states that turned the 19th amendment into law. The project will celebrate women including Ida B Wells, Mary McLeod Bethune, Susan B. Anthony, Elizabeth Cady Stanton, Sojourner Truth, Harriet Forten Purvis and so many more. All these women took a part in the women’s suffrage movement which ratified the vote for women 100 years ago.

Partner artists of note include Utah’s Jann Haworth, pioneer of fiber art sculpture in the 1960s and best known for co-designing The Beatles’ Sgt. Pepper’s Lonely Hearts Club Band album cover, for which she received a Grammy. Nicole LaRue will be creating the stripe for New Hampshire. Nicole designed the official Women’s March on Washington logo and was recently interviewed by CNN about the design. Rora Blue of California will be representing her state and is best known for her social media presence. Rora Blue has collected over 36,000 unsent text messages from people all over the world for her The Unsent Project. Artist, Indira Cesarine, who is representing New York State’s stripe, is not only the editor-in-chief of The Untitled Magazine, she is also a multimedia artist and founder of The Untitled Space art gallery, which has been celebrated for its feminist exhibitions, including ONE YEAR OF RESISTANCE, and UPRISE ANGRY WOMEN, among many others.

Her Flag will be created throughout the course of artist Marylin Artus’ travels, a road trip in the order of the amendment’s ratification. Artus will sew the stripe onto the flag at a live event in the capital city of each state. In New York, The live Her Flag sewing event will be held on July 17th, 2019 at 2 pm at Albany Institute of History & Art located at 125 Washington Ave. Albany, New York. Dancer Katherine Crockett will be performing alongside Marilyn during the stripe sewing ceremony featuring artwork by Indira Cesarine. The artist as well as The League of Women Voters of Albany County New York will also be present for the ceremonial event.

2020 marks the 100th anniversary of the 19th amendment to the U.S. Constitution. It took many years for 36 states to ratify it into law. On August 18, 1920, our foresisters woke up with the right to speak their voice into the policies and the people that steer this nation. Finally, they could vote.

“I am on a mission to make sure that every woman I come in contact with over the next 14 months is registered to vote and gets out in 2020 to put that registration to use.” said project founder, artist, and suffrage era enthusiast, Marilyn Artus. “But celebrating this anniversary isn’t just about women. This was a fight. It took Democrats and Republicans and Men and Women and Black and White Americans working together to get this amendment passed. Her Flag is a not a political piece of work, rather a powerful, positive symbol used to educate and celebrate this truly momentous American anniversary.”

The 19th amendment states: “The right of citizens of the United States to vote shall not be denied or abridged by the United States or by any State on account of sex. Congress shall have power to enforce this article by appropriate legislation.” This amendment did legally give all women the right to vote, but, laws within each state varied and did create complications for many women in exercising this right. Jim Crow Laws in the South impeded many African Americans from voting until the 1960s and Native Americans did not have full voting rights in all 50 states until 1970. Asian-American women could not vote until 1952. Women’s history is often times overlooked, we think this anniversary is an opportunity to celebrate and discuss the many challenges related to voting in the past and present for women and people of color.