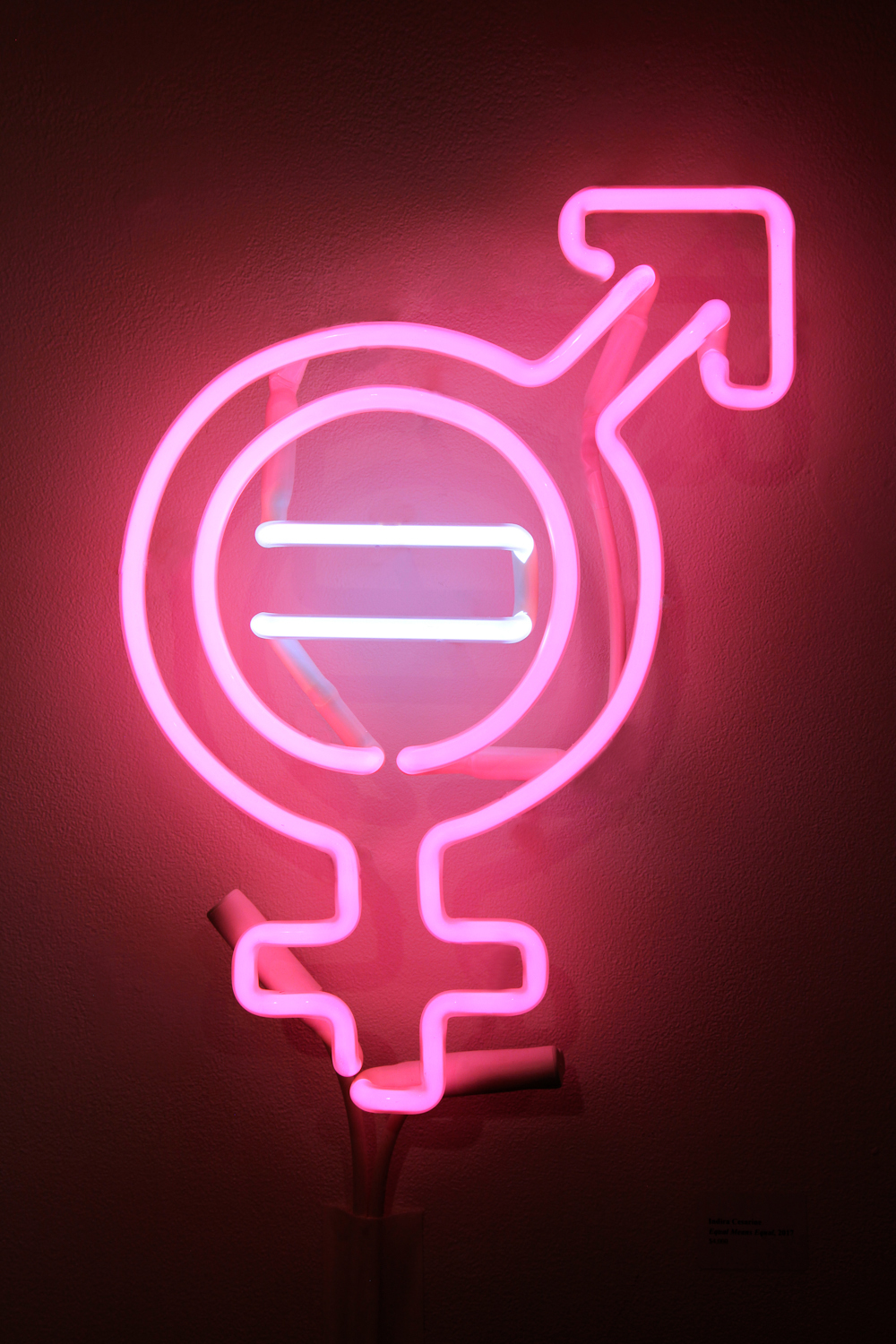 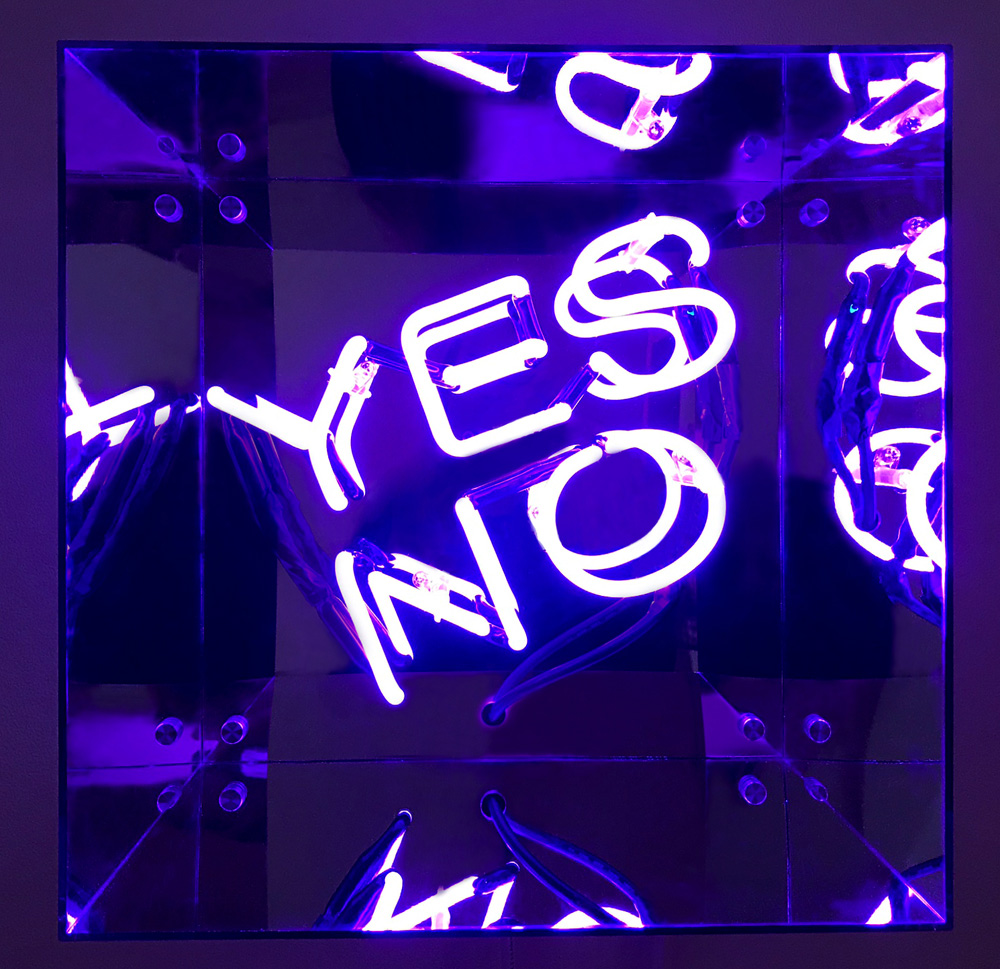 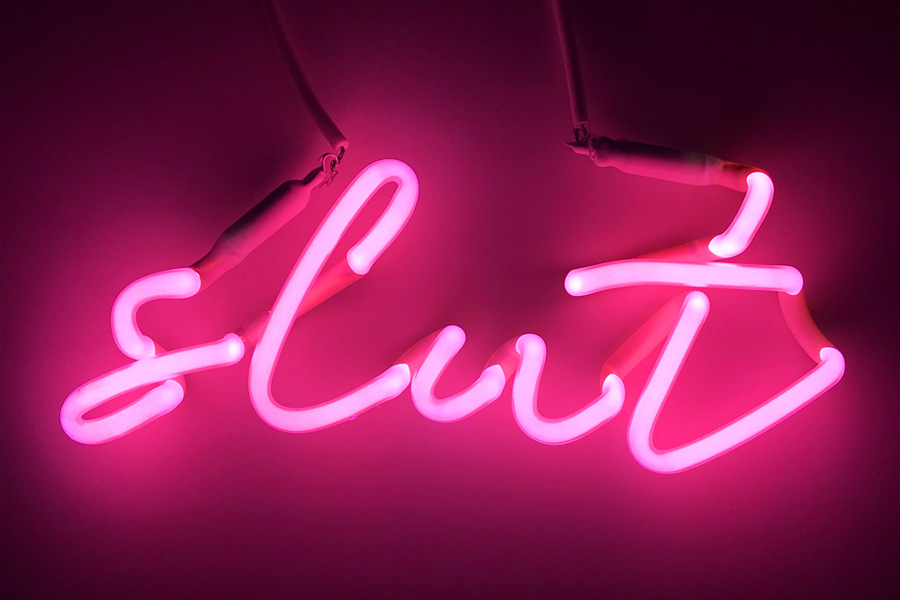 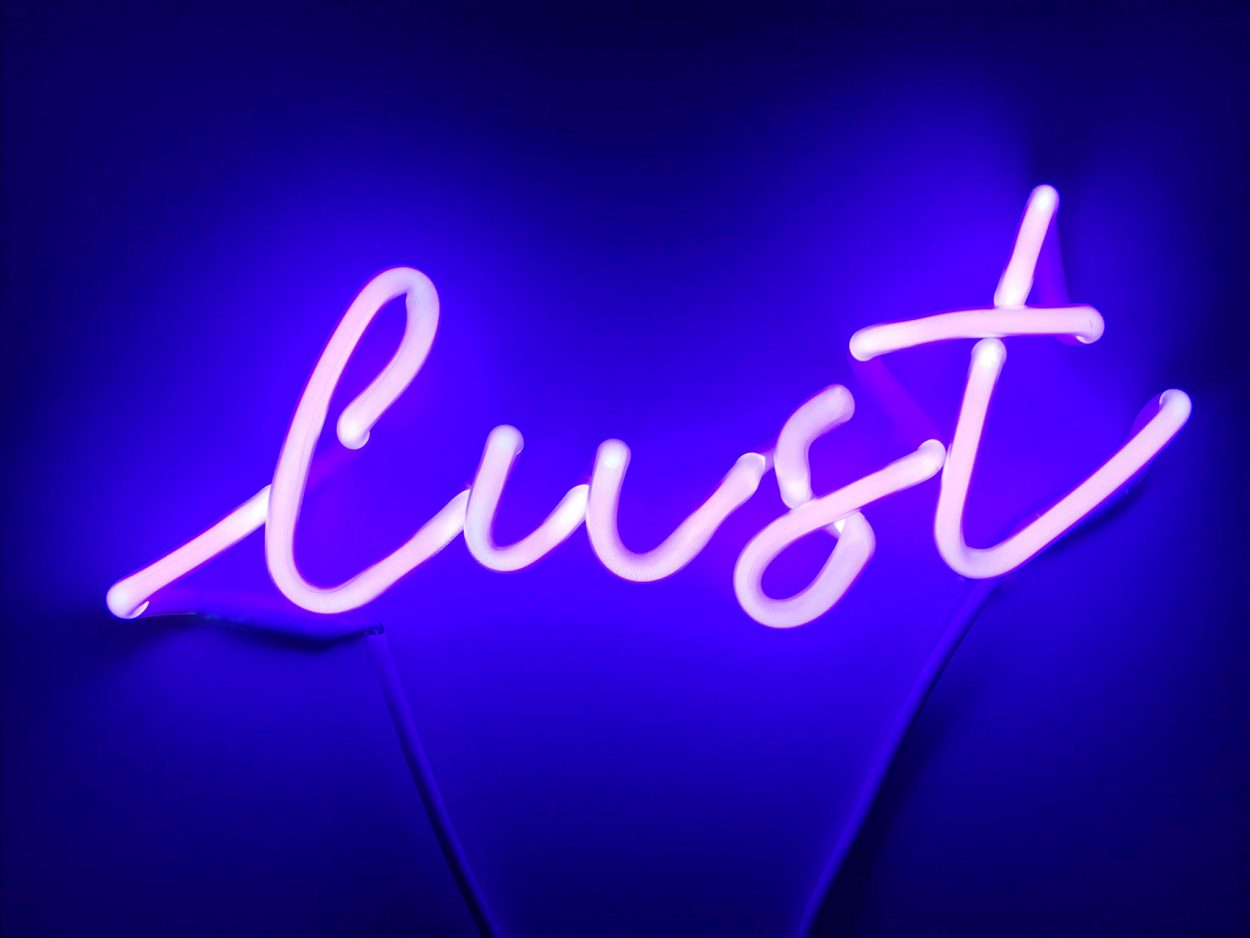 Le Board is pleased to present, “INDIRA CESARINE x NEON” a solo exhibition of works by artist Indira Cesarine, curated by Jenny Muskin Goldman of Kin + Gold, opening February 14, 2019, and on view through April 13, 2019. The exhibit, which is presented in collaboration with The Untitled Space gallery, will be the inauguration of their resident artist series of exhibitions presented at the luxury living brand’s flagship on 5th Avenue, located off Central Park South.

“I have always been a fan of neon artwork, and when Jenny presented Indira’s work to us, we felt it had an incredible synergy with the mission of Le Board – to inspire and empower women to be alive, happy and free, to dream big and stay driven. We are really looking forward to celebrating the opening on February 14th, and exploring new directions with exhibitions of contemporary art by female artists.” – Sofia Karvela, Creative Director Le Board

The exhibit will present a collection of original neon artworks created by the artist between 2017-2018. Known for her empowering feminist themes, Indira Cesarine’s artwork engages a narrative of social discourse and art activism. Cesarine’s artwork has been featured internationally at many galleries, museums and festivals, including The Metropolitan Museum of Art, Mattatuck Museum, Paul Mellon Art Center, CICA Museum, San Luis Obispo Museum of Art, French Embassy Cultural Center, Art Basel Miami, Cannes Film Festival and the International Festival Photo Mode to name a few. In 2014, her public art sculpture, “The Egg of Light” was exhibited at Rockefeller Center as part of the Fabergé Big Egg Hunt. Her work was auctioned at Sotheby’s New York for the annual “Take Home A Nude” art benefits in 2017 and 2018, and was featured at SPRING/BREAK Art Show as well as SCOPE Basel and SCOPE Miami in 2018. Her work has additionally been featured in numerous international publications, including Vogue Italia, Forbes, Newsweek, The Guardian, Flaunt, Hunger and Widewalls.

ARTIST STATEMENT
“Empowering feminist themes are often a point of departure for my multi-sensory series. My work questions the place of humanity in context with contemporary civilization and is often influenced by autobiographical content and women’s history at large. As a multi-disciplinarian artist I often work across several mediums and techniques to convey a rich and diverse narrative. I connect with thematic subject matter that engages a narrative of social discourse and art activism. Through my exhibitions and artwork, I challenge the status quo, as well as tackle stereotypes and double standards. I draw from historical narratives in an effort to create empowering artwork that can have an impact on the viewer, be a catalyst for change or provide insight into history, which may have been overlooked. As an artist I find it is more effective to communicate my ideas through visual and sensory explorations that can uniquely address the world we live in today.

As my work evolves I have been drawn to conceptual text and figurative works that engage historical narratives and poetic messages of activism. My neon sculptures are often inspired by inspirational women and their quotes – by words that can become tools of empowerment, reclaim sexist narratives or challenge the status quo. Although my neons are often inspired by individuals or messages that are very personal to me as an artist, I encourage viewers to translate them in their own way, allowing each work to be a unique multifaceted experience according to its audience.”

ABOUT LE BOARD:
Le Board, founded by John Aghayan and creative directed by Sofia Karvela, is a Part French-part Greek, New York living brand currently residing on the Upper East Side. Le Board is committed to keeping the trusted #leboardfam inspired, excited and adding value to their lives with their menu of offerings.  https://weareleboard.com/

ABOUT JENNY MUSHKIN GOLDMAN:
Jenny Mushkin Goldman is an independent curator and art advisor based in New York City. In June of 2017, she presented En Caul, a solo show of paintings, drawings, and hybrid-sculptures by Adam Krueger, which was the inaugural exhibition of her gallery project Kin + Gold. In April 2017, she co-curated with Romain Dauriac the group show Singular Object, which was organized in celebration of the future New York City building, 53W53, designed by the renowned architect Jean Nouvel. Exploring the intersection of art and architecture, Singular Object presented works by Jean Baudrillard, Sarah Braman, Isabelle Cornaro, M.C. Escher, Hugh Ferriss, Adam Fowler, Katsumi Hayakawa, Nir Hod, Jenny Holzer, Rachel Lee Hovnanian, Iván Navarro, Francesca Pasquali, Jon Rafman, Evan Robarts, Will Ryman, James Turrell, and Dustin Yellin. She has curated exhibitions that include Temporal Escape (co-curated with Megan Green) at 326 Gallery, New York ; Amulets Ethereal at Barney Savage Gallery in May 2018; Beyond Secretary at Mark Borghi Fine Arts in the Fall of 2016, featuring works by Elaine de Kooning, Rebecca Goyette, and Betty Tompkins; Smile!, which was presented by Shin Gallery in Spring 2016 and included works by Deborah Kass and Hyon Gyon; Papercut (co-curated with Vaughn Massey) at the National Arts Club, New York (October 15 – 26, 2014) and The Space Between (co-curated with Ryan Bradley) at the National Arts Club, New York (December 3 -14, 2012).