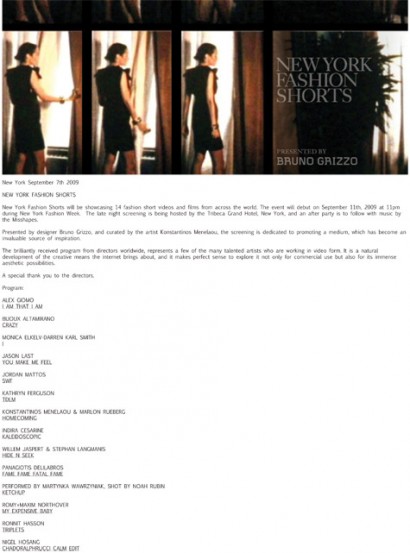 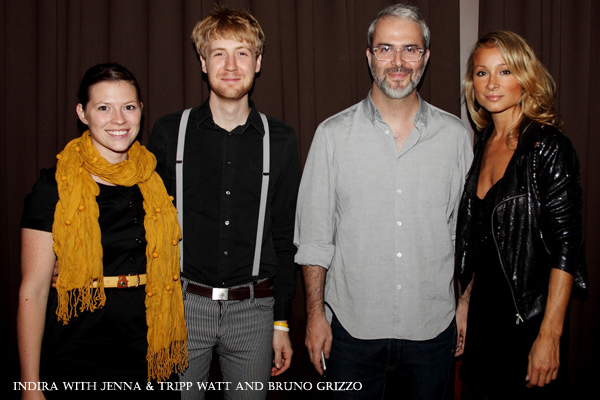 On September 9, 2009 It was announced the film Kaleidoscopic, directed by Indira Cesarine for the launch issue of XXXX Magazine, “The Untitled Magazine” was chosen to be screened at the first New York Fashion Shorts film festival event, presented by designer Bruno Grizzo and Curated by Kostantinos Menelaou. The screening took place during New York Fashion Week at the Tribeca Grand Hotel on September 11, 2009 to a packed house of film aficionados and fashionistas, followed by a buzzing party with the Misshapes performing. The screening was dedicated to promoting the medium which has become a valuable source of inspiration for the film and fashion industries. New York Fashion Shorts showcased fourteen “of the best fashion related short videos and films from across the world”.  One of the first fashion films directed by Indira Cesarine, Kaleidoscopic featured clothing by Catherine Malandrino and music by Moby. Starring 3 models amongst wafting smoke and special effects, Boa Hoa, Alyona Zubakina and Celia Becker, were each transformed into Kaleidoscopic goddesses.