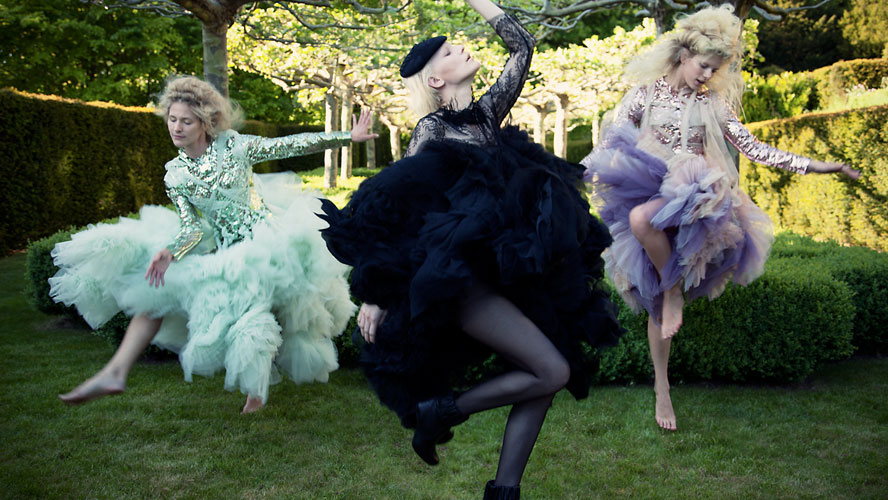 The La Jolla Film Festival which took place at the Museum of Contemporary Art San Diego in July of 2012 included short films from directors including Indira Cesarine, Karl Lagerfeld, Bruce Weber, and Luca Finotti, among others. Cesarine premiered her short film, “Second Circle,” produced for the  Fall / Winter 2012 issue of The Untitled Magazine which was dedicated to the theme of “Cinema,” on Friday, July 27th. She also joined Marius Troy as a panel speaker on “Leaders in Transmedia Fashion” at the festival. The La Jolla Fashion Film Festival is the first international fashion film festival founded in North America, bringing together over a hundred short films. The 2012 festival marked the largest gathering of fashion film professionals in history, and each year the festival breaks records. The festival was held from 8 to 10pm on July 26 – 28, and screening over twenty short films each night in the theater at the Museum.

Synopsis:
Second Circle was inspired by the time transcending film Orlando and verses from the book Dante’s Inferno. It presents a journey into another time and place in which man is confronted by his morality as he descends metaphorically into the circle of ‘lust’ from Dante’s Inferno. The allegory of life and love features actor Jack Guinness with Laura Paine, Tatjana Saric and Lindsey Sullivan. The video premiered at The Museum of Contemporary Art La Jolla on July 27, 2012 at the La Jolla Fashion Film Festival.