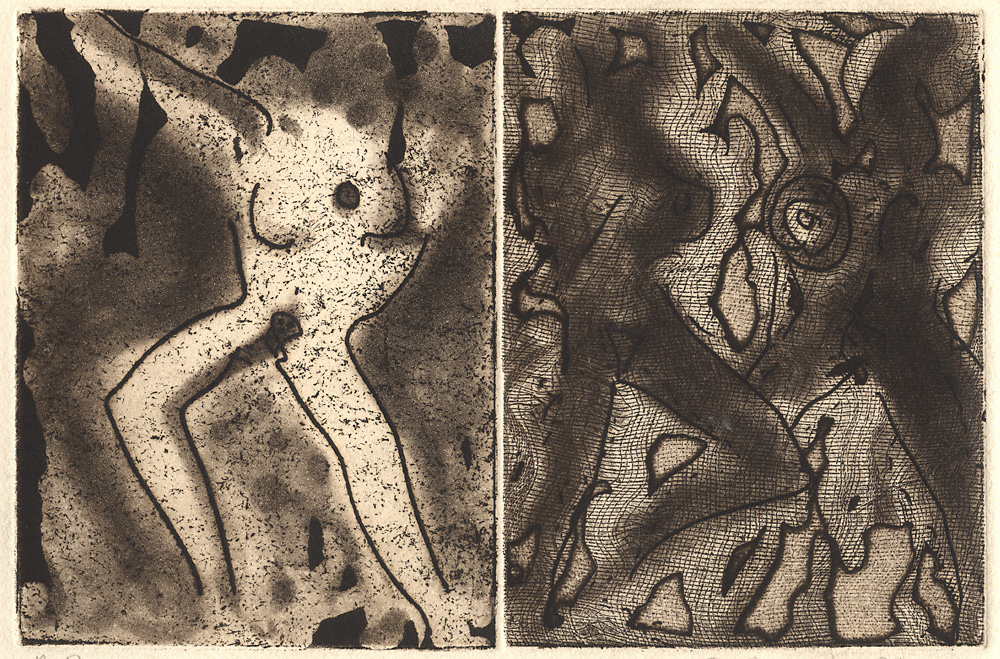 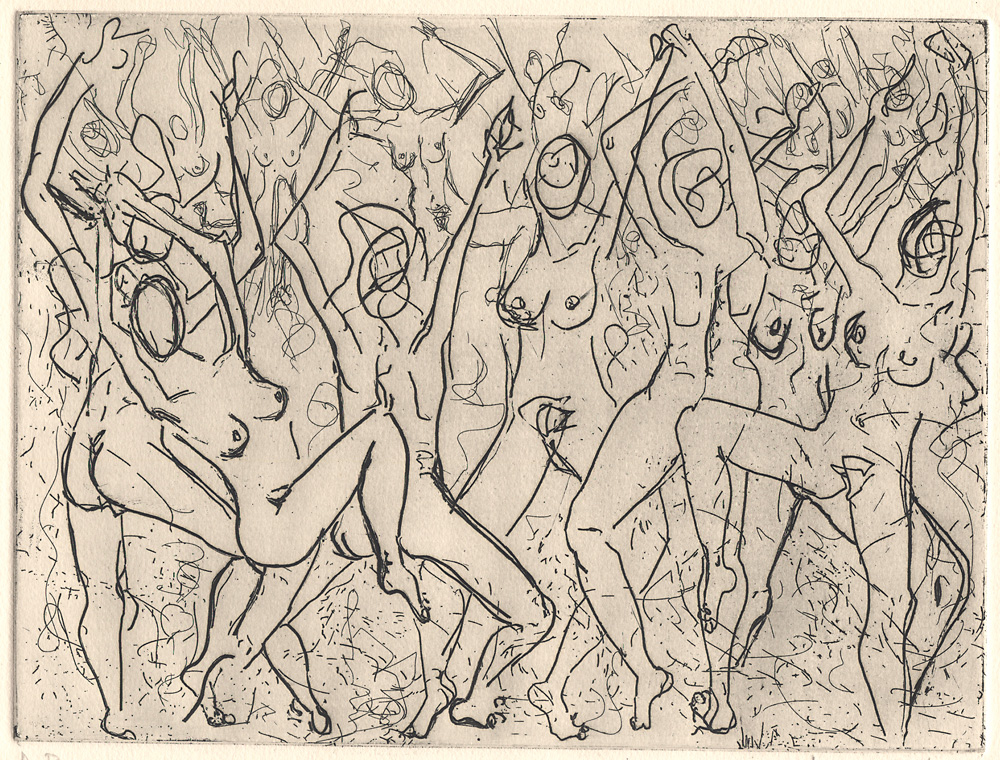 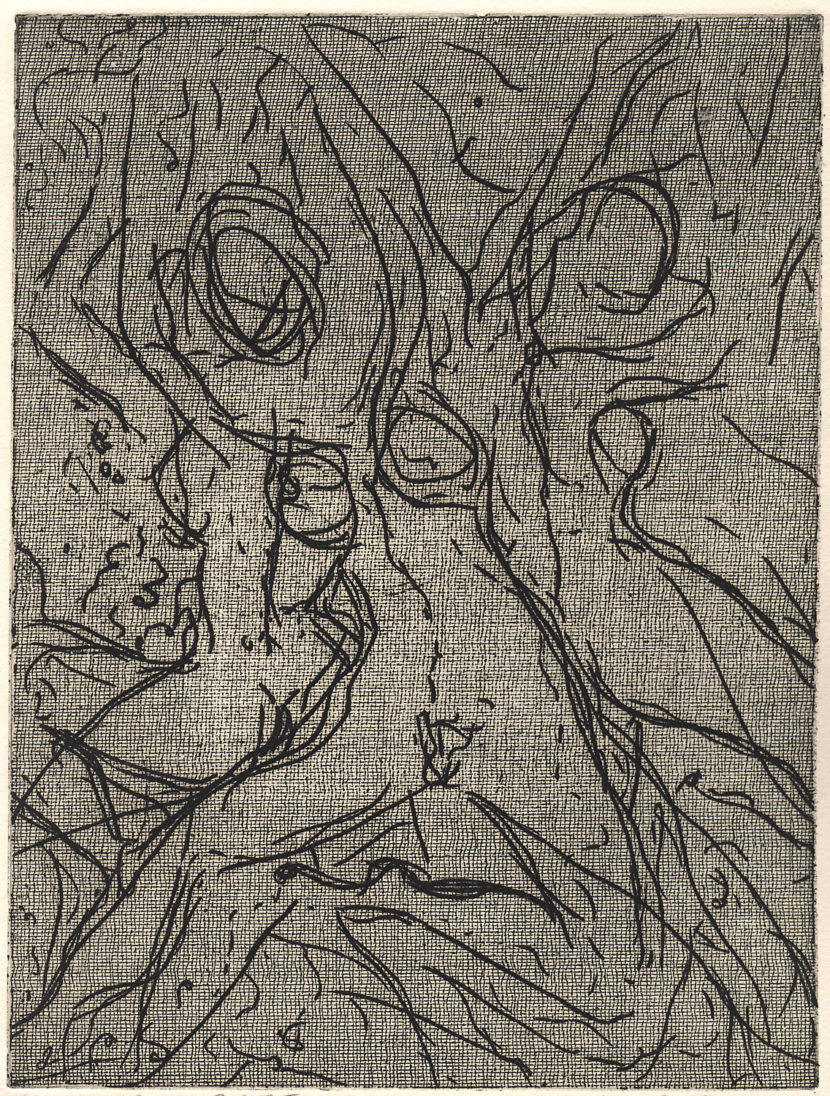 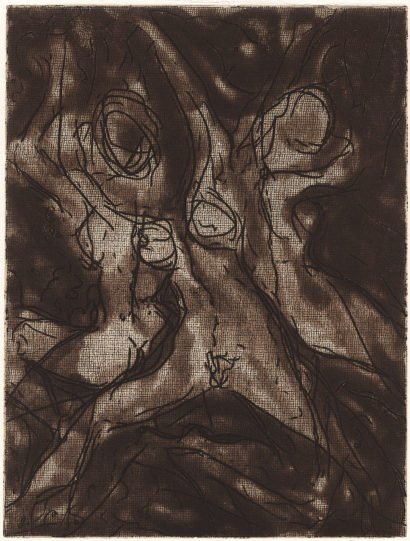 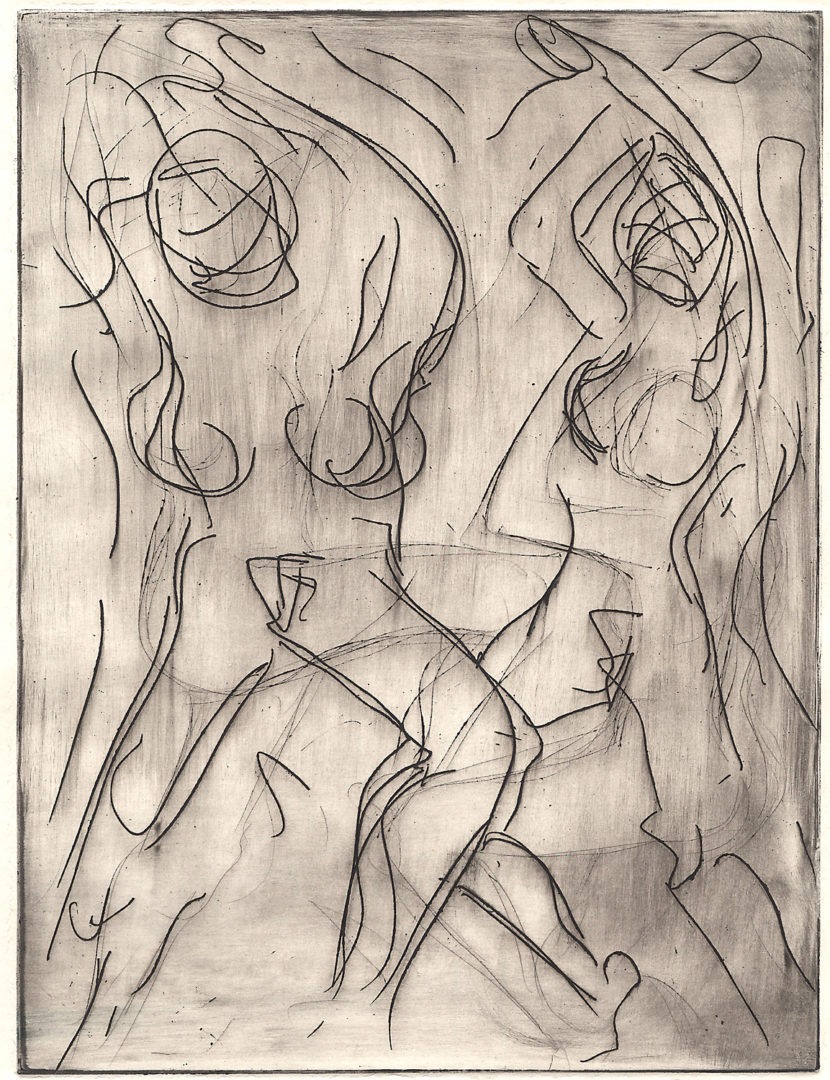 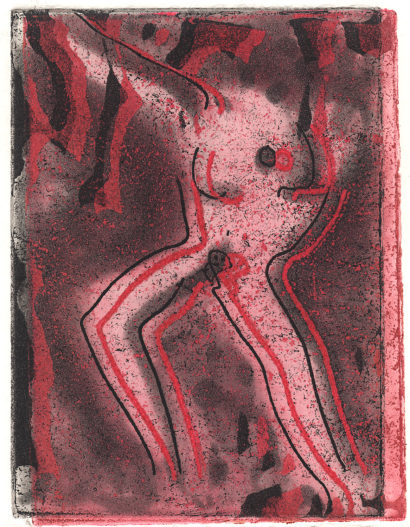 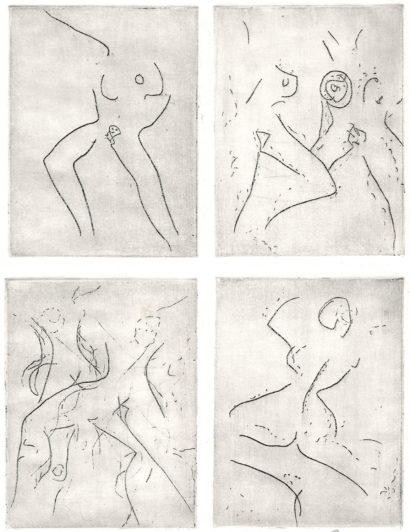 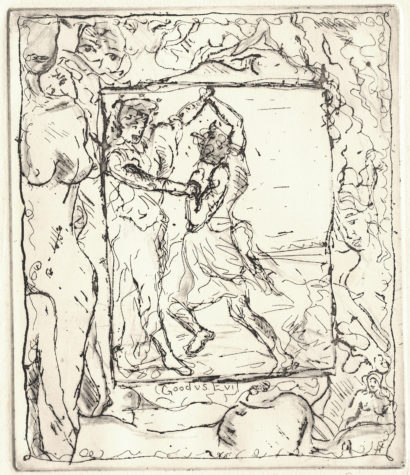 This is a selection of Intaglio prints from “The Sappho Series” which was created between the years of 1992 – 1993 by Indira Cesarine. The works were etched into zinc plates which were then burned in acid and printed by hand by the artist. The majority of the intaglios from this series were printed with very small editions of 1-2 prints each, or as artist proofs. The series was inspired by Greek poet Sappho, who lived between 630BCE and 570 BCE on the Greek Isle of Lesbos. Sappho is believed to be the first woman to write lyric poetry, and although few of the poems have survived, she is considered one of the greatest of the early Greek poets. Sappho’s poetry often focused on erotic themes, love and passion.

Intaglio “Multifaceted” was exhibited at “The ‘F’ Word: Feminism in Art” exhibit at The Untitled Space in 2015. Aside from that the works were never exhibited or published online before 2016.