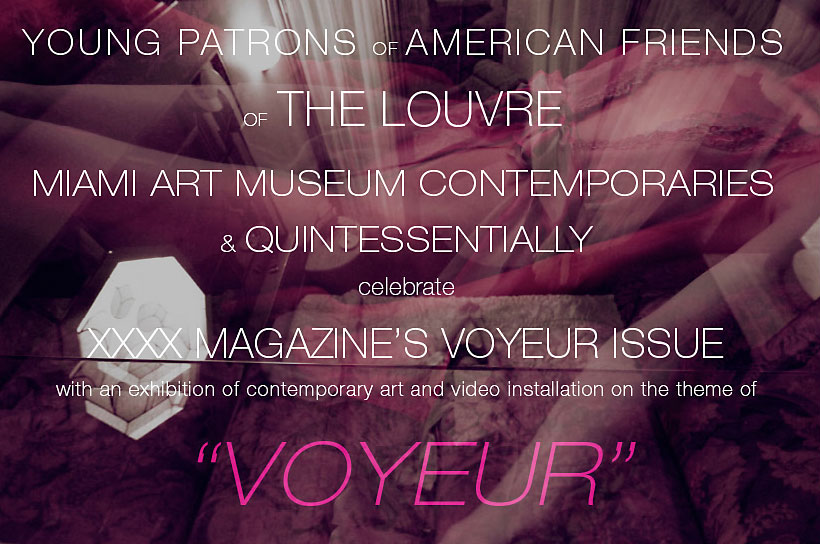 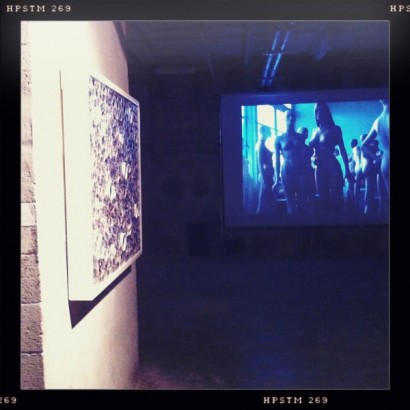 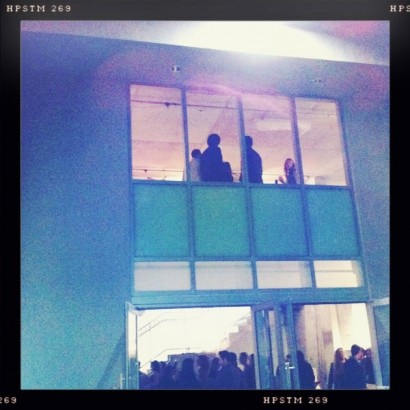 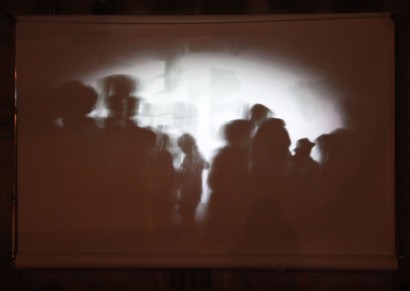 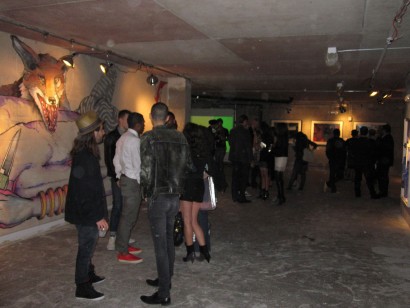 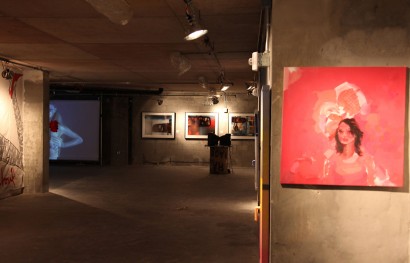 On December 3-4, 2010 XXXX Magazine, “The Untitled Magazine” presented the “Voyeur” Exhibit at Art Basel Miami. Presented in collaboration with American Friends of The Louvre, Miami Art Museum Contemporaries and Quintessentially, the group show of over 50 artists was presented to a turnout of over 1000 guests at the 8000 square foot space at the Boulan building on 21st street in South Beach Miami. Video art films from XXXX Magazine’s “Voyeur” issue premiered at the event in an installation of four simultaneous projections. In celebration of the “Voyeur” issue, AFL and XXXX Magazine commissioned Anne Huntington, Founder of AMH Industries, to conceive of an exhibition of contemporary artists around the theme of “voyeur”. Quintessentially Art’s Gary Krimershmoys, served as an curatorial advisor to the exhibition and co-curator. The video portion of the exhibit was curated by artist Indira Cesarine, founder of XXXX Magazine, in collaboration with director Konstantinos Menelaou.

Videos directed by Indira Cesarine featured in the exhibit included: Futurists, Only You, The Crush, The Kiss, and The Seduction, as well as numerous productions produced or edited by Cesarine for the issue.

The opening took place on December 3rd, with the exhibition open to the general public on Saturday, December 4th, with a special performance by artist Alexander Melamid. A percentage of proceeds from the works of art sold aided AFL’s efforts in supporting contemporary art at the Musée du Louvre. Support for this event was provided for by Boulan South Beach, AMG Worldwide, Quintessentially, Quintessentially Art, XXXX Magazine, AMH Industries, the Miami Art Museum Contemporaries, Young Patrons Circle of American Friends of the Louvre.

The American Friends of the Louvre (AFL) was founded by the Musée du Louvre in 2002 to strengthen ties between the Louvre and its American public, and to formalize the long-standing generosity of American patrons. Since 1793, the Louvre has welcomed new and emerging artists into its halls to follow in the footsteps of their great predecessors. In 2003, the Louvre initiated a new dialogue between the art of today and its permanent collection by inviting artists to present or create works inspired by the museum and its collections. This policy has established a connection and new resonance between the art of the past and contemporary creation.