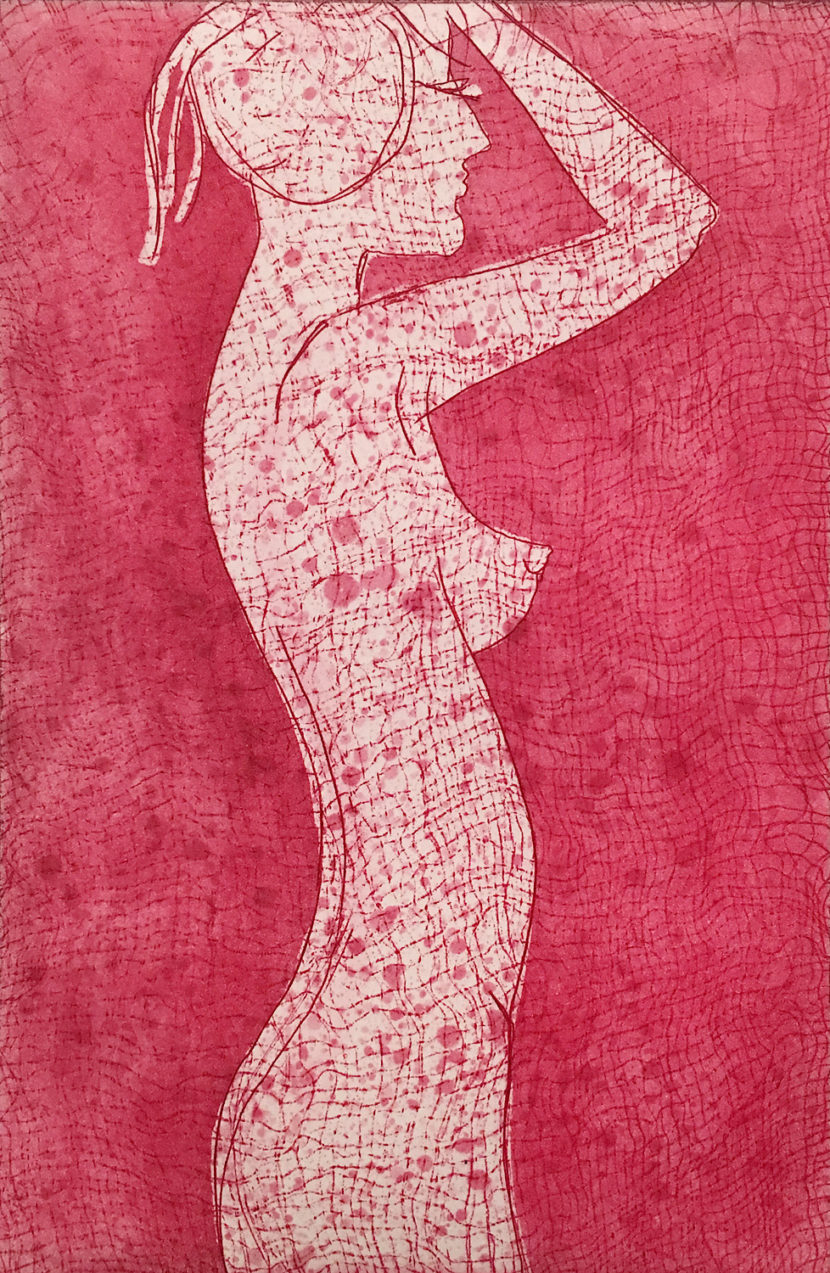 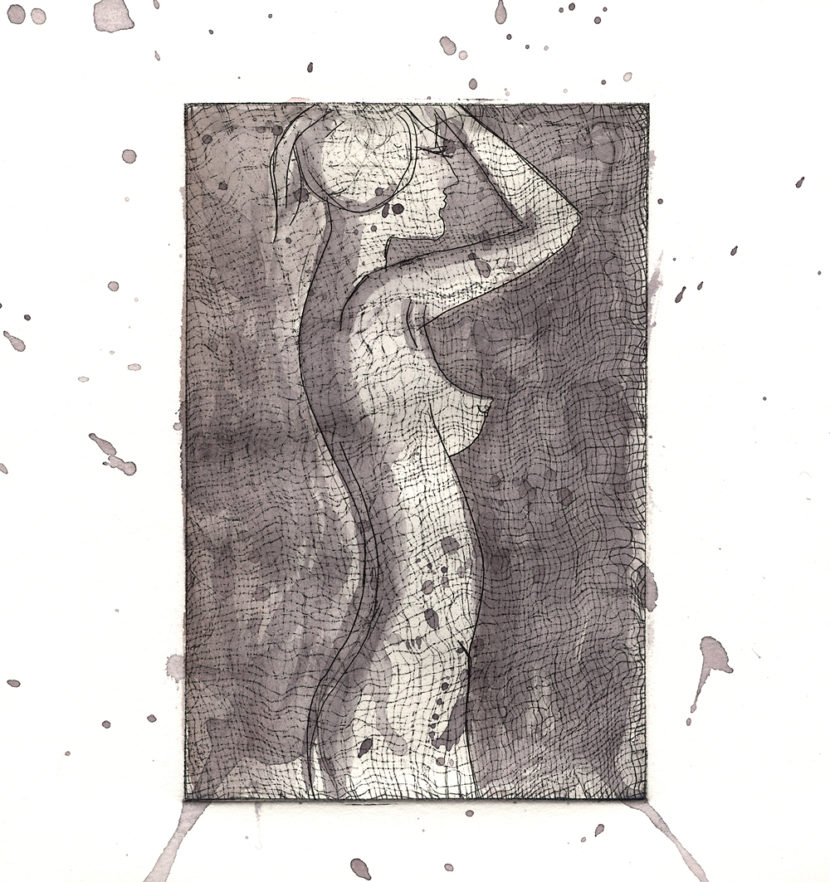 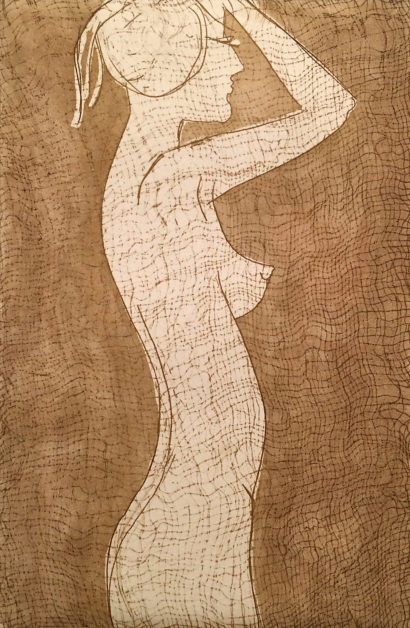 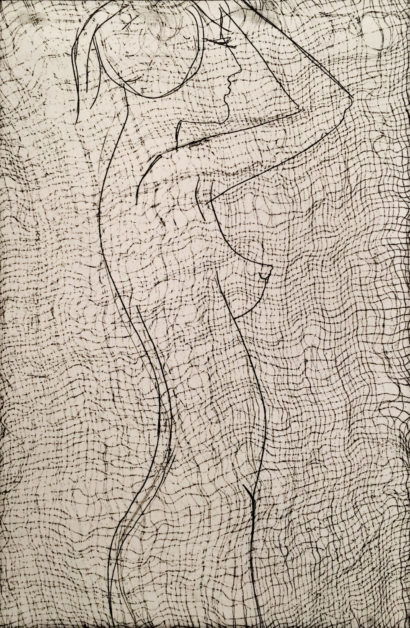 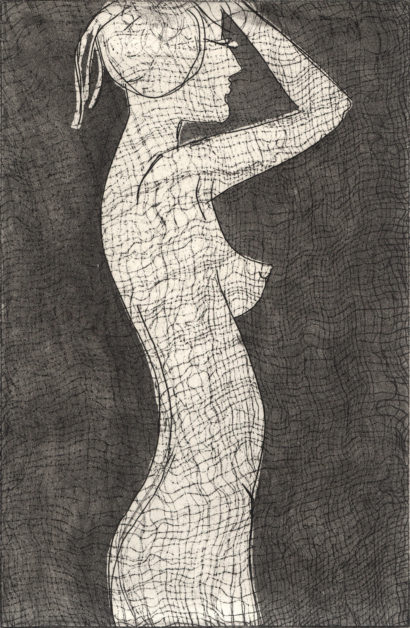 Created in 2017 by Indira Cesarine, the “GIRLS” Intaglio etching series is created with variations of line etching, soft ground and aquatint etching on copper plates. The works celebrate the female form, re-appropriating silhouettes from vintage pinup images and re-positioning them in new environments as an act of female empowerment. “Girl in Red”, 2017 was featured in exhibition “SECRET GARDEN: The Female Gaze on Erotica” at The Untitled Space from June – July 2017. A limited edition print of “Girl in Red” was auctioned at Sotheby’s for the annual “Take Home A Nude” benefit in 2017 and additionally was featured in the “Of Women” Exhibition at Rockaway Artist Alliance in March 2018 . “Girl in Red” depicts a woman in a state of pleasure lying in a bed of flowers and foliage, almost as if she is in the Garden of Eden. “I was inspired by female sexual icons from the ’50s for the silhouette, and I wanted to reclaim her visually as a woman who is empowered by her sexuality and embraces it as something natural, earthy and human, while being graceful and timeless.”