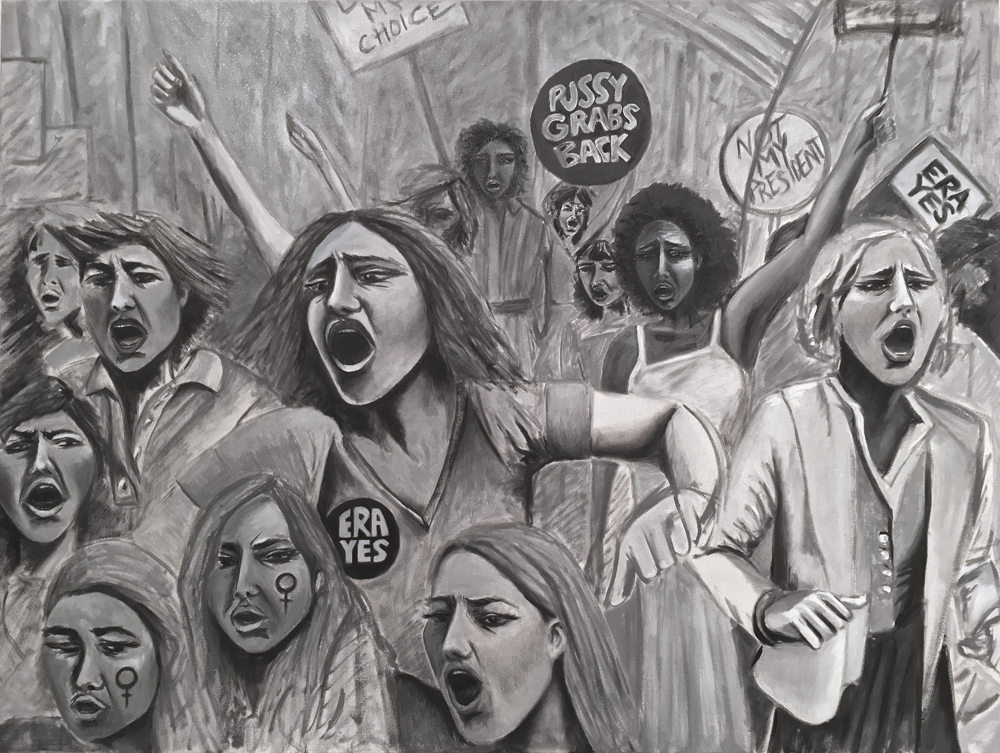 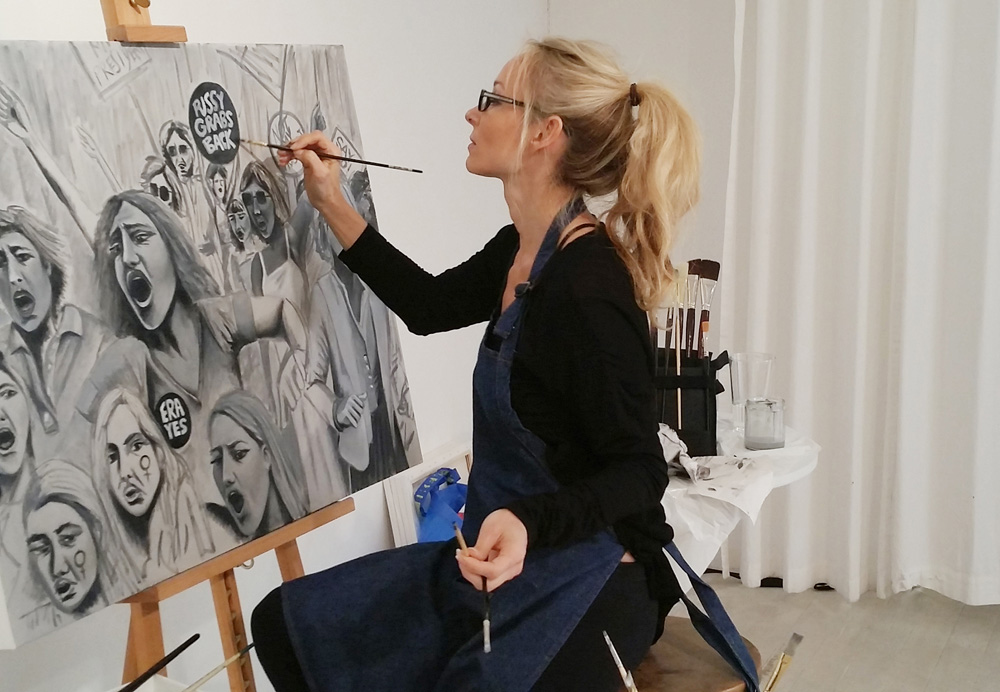 "Protest" 2017 artwork by Indira Cesarine, Work in progress of Oil on Canvas 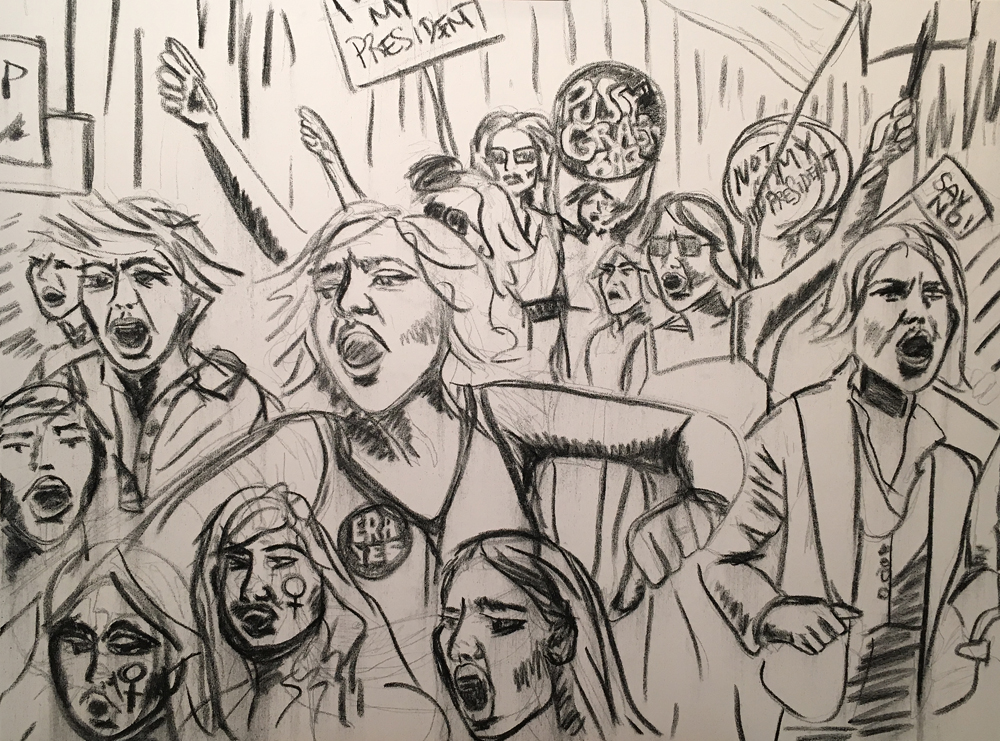 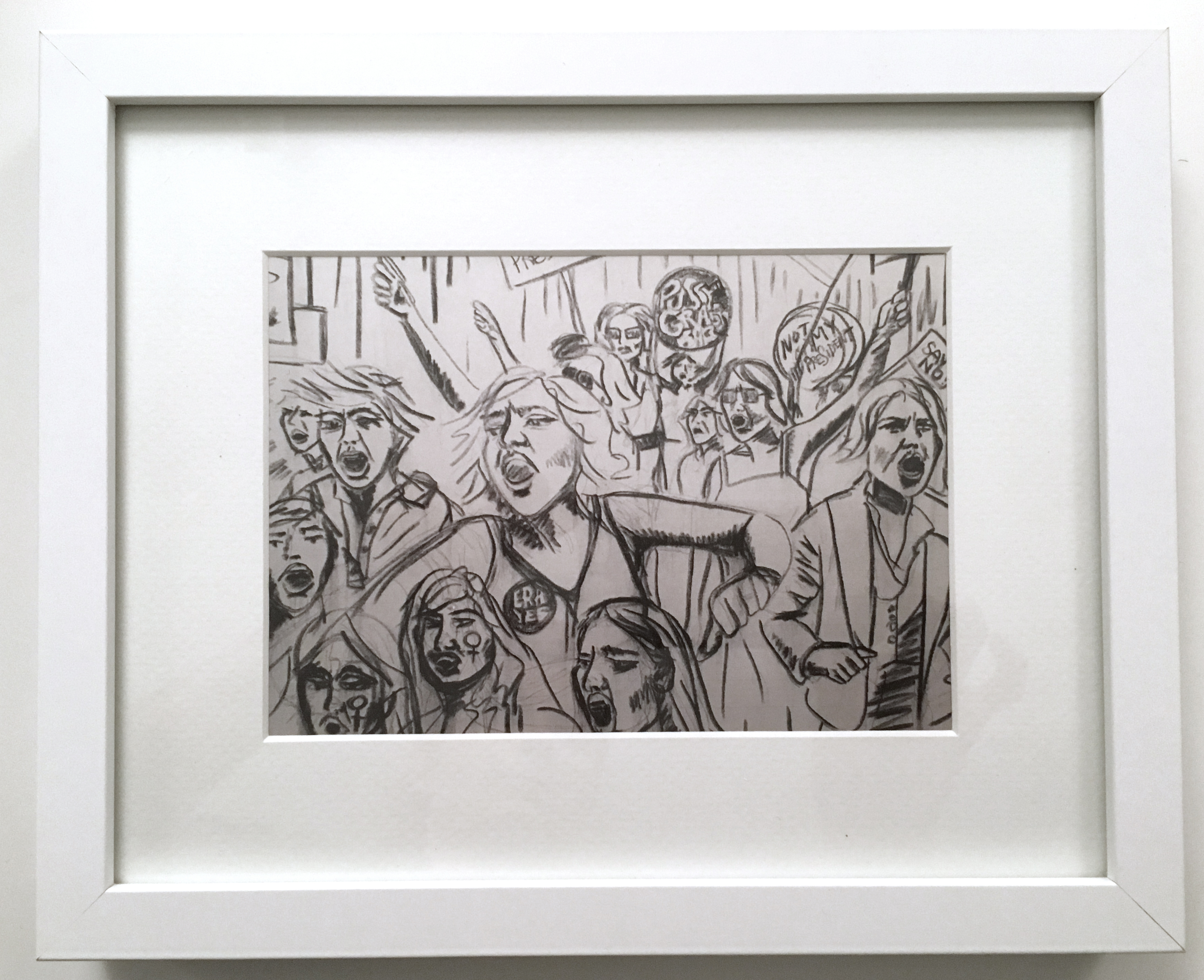