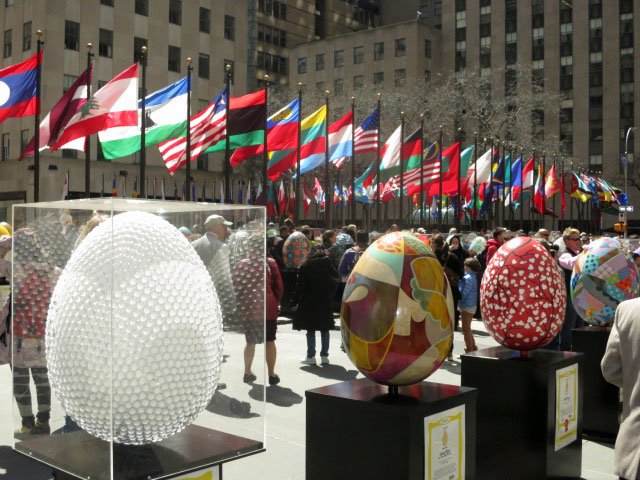 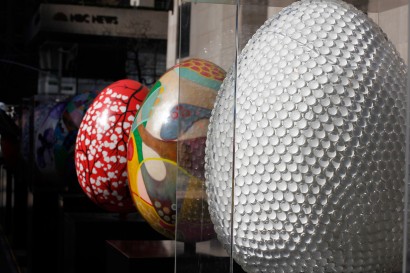 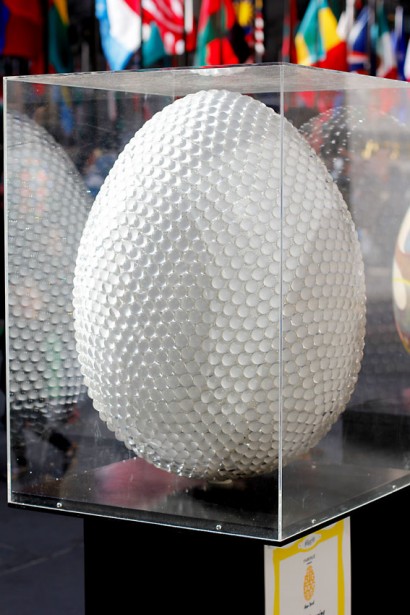 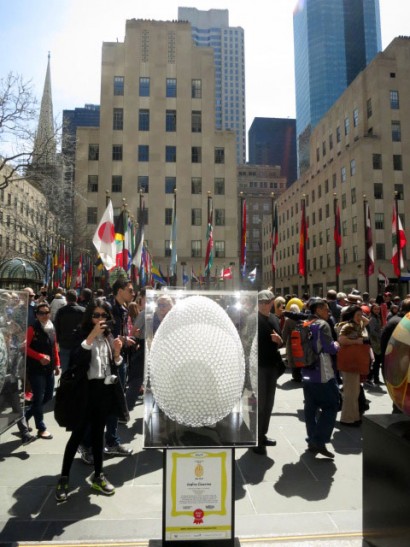 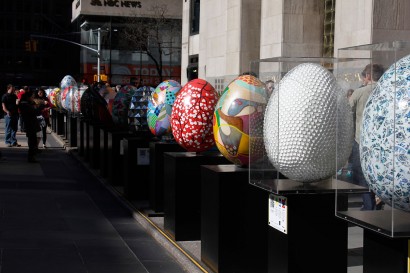 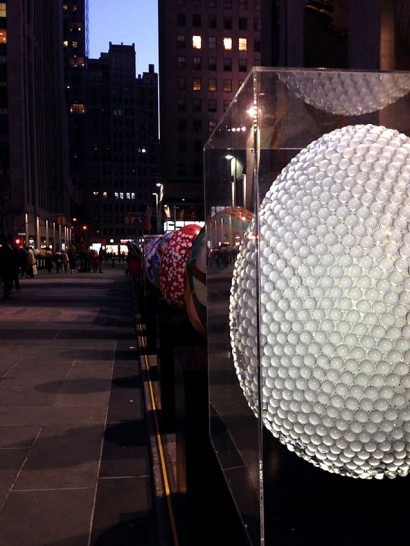 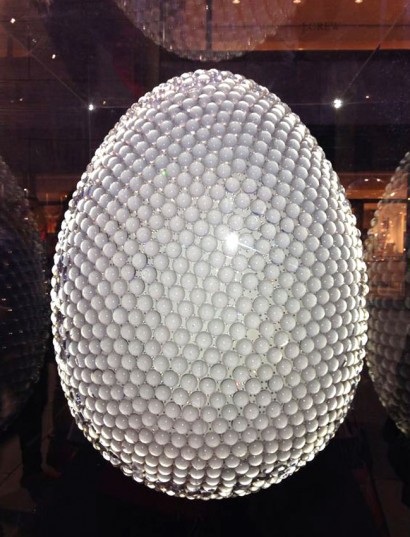 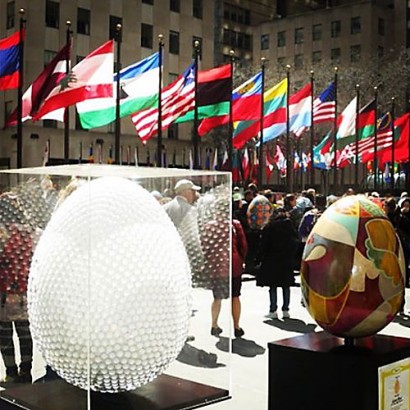 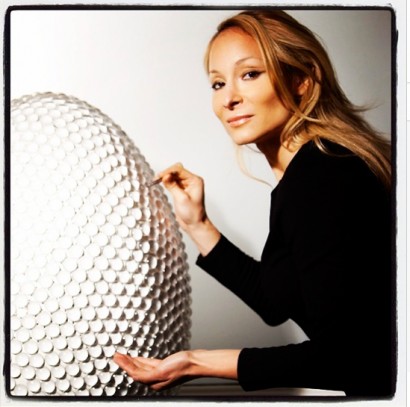 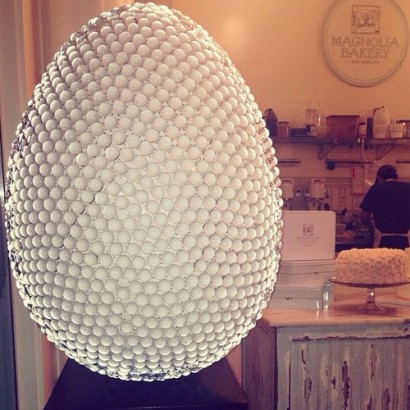 The Egg of Light by Indira Cesarine, which was exhibited at Rockefeller Center, is covered by over 2000 glass globes – each surrounded by Swarovski crystals – of which over 5000 were individually applied in a perfect mathematical formation to reflect and refract particles of light when the egg is near sunshine or other light sources.

The Fabergé Big Egg Hunt culminated with a spectacular auction of the collectible and one-of-a kind egg sculptures, held by Sotheby’s and online via Paddle8. Created as an innovative and engaging platform to raise funds for the Elephant Family, a charity devoted to protecting and reconnecting Asia’s most important forests for elephants and for all of the animals who share them, as well as other non-profits, The Fabergé Big Egg Hunt caused a frenzy in London in 2012, set two Guinness World Record Titles and ultimately raised over $1.5 million for charity. The 2014 hunt in New York benefited both Elephant Family and Studio in a School, a charity dedicated to providing students with a full and meaningful visual arts experience.