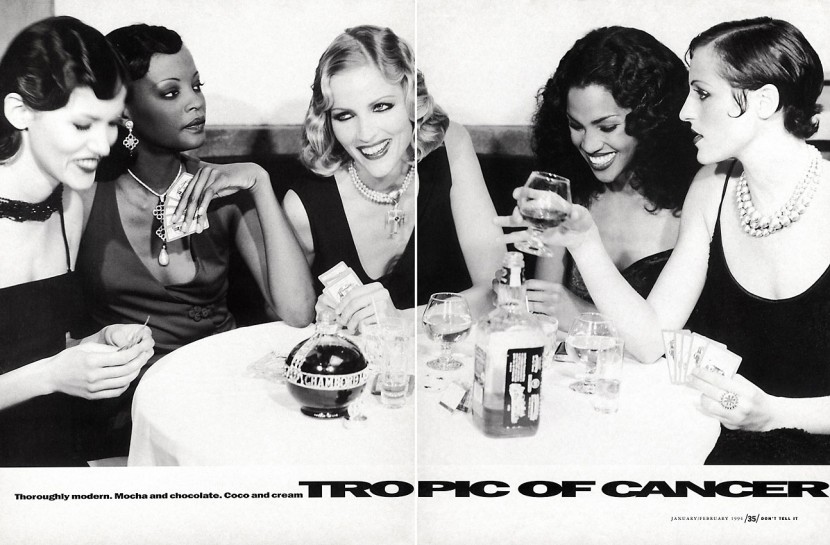 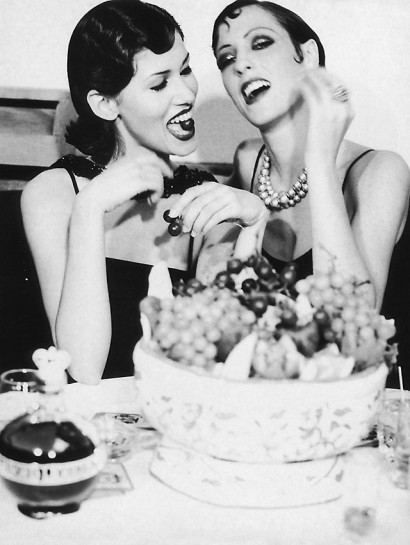 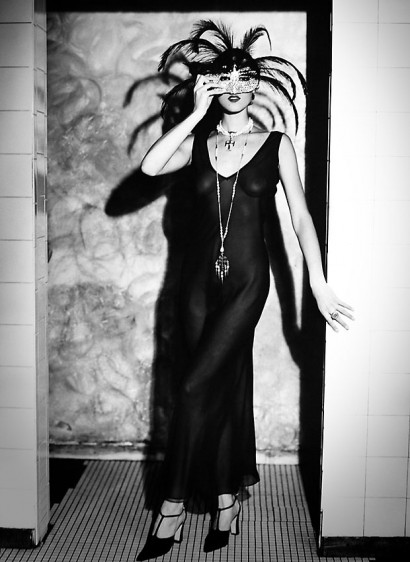 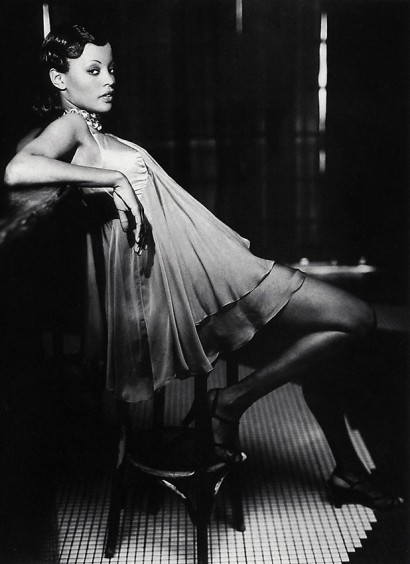 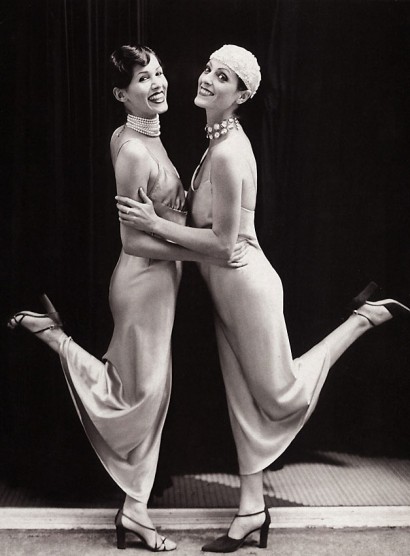 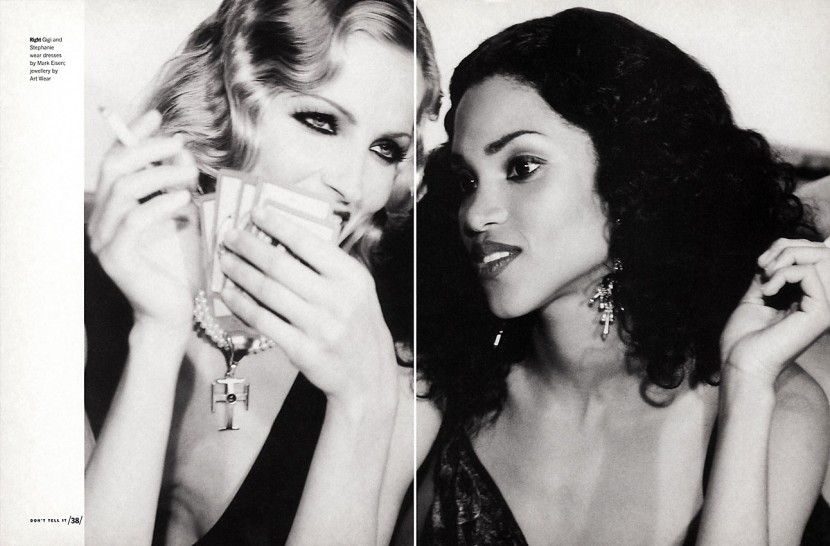 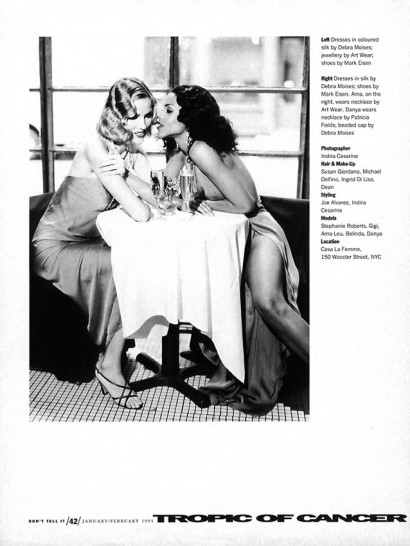 “Tropic of Cancer” was the first New York solo exhibition and published photographic series by Indira Cesarine. Photographed in New York at Casa La Femme Restaurant on Wooster Street in 1993, the shoot featured 5 female models: Ama Leu, Belinda, Gigi Stoll, Stephanie Roberts and Danya Hachey. The series was inspired by Henry Miller‘s books Tropic of Cancer and Tropic of Capricorn, in which he recounted his experiences living in Montmartre, Paris in the 1930’s.  “I wanted to depict with all female characters the essence of the era, in which Henry Miller depicts with rather colorful debauchery his tales of gambling, drinking and sexual exploits. I casted the models with this in mind, women with character and a joie de vivre that encapsulates this era. I wanted to turn the switch of the male gaze to women being the central characters in charge, challenging the double standard and taboo of women of the era not being able to do these sort of things without being considered in a negative light. At that time only prostitutes were allowed to socialize in these sort of venues of Paris. I wanted my characters to have the freedoms of men of the era.”

The series was presented with an opening at Casa La Femme and exhibited for four weeks at the soho location. It was later was chosen to be published as a 10 page story in the launch issue of British publication Don’t Tell It Magazine in December 1993. (images here).